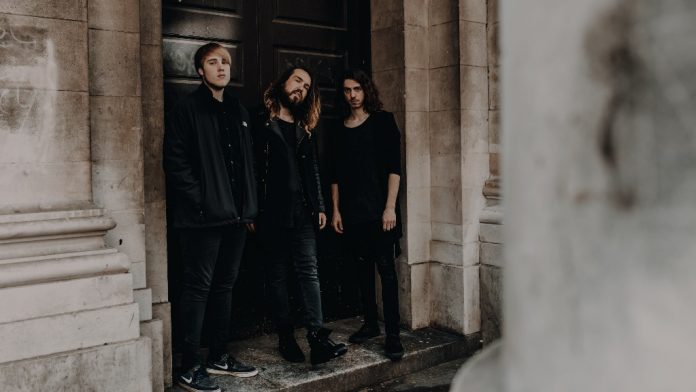 Bands do not get fresher than WINCHESTER, a brand new group who publicly launch this week, with the announcement of their stunning debut LP Life Begins At These Dead Ends(February 09 release).

To celebrate the news, WINCHESTER have released their first ever song and video, watch ‘Life Begins’ here:

Although young, WINCHESTER are a band with a promising array of sounds. The eclectic alt-rockers tastefully mix elements of technical rock/metal, metalcore, alt-rock and melodic rock. Influenced by the likes of Fightstar, Funeral for a Friend, Deftones and Biffy Clyro, WINCHESTER utilise powerful riffs, versatile rhythms and emotional lyrics.

Life Begins… establishes the band as a group to keep eyes on. Writing and recording while still music students, the threepiece’s first effort has been produced by Dan Weller (Enter Shikari), and mastered by Dick Beetham.

The video above for ‘Life Begins’ is the first in a multi-media narrative, combining to tell a continuing tale. WINCHESTER‘s 2018 plans, beyond releasing their LP, will see them play their first shows and tours further into the year.