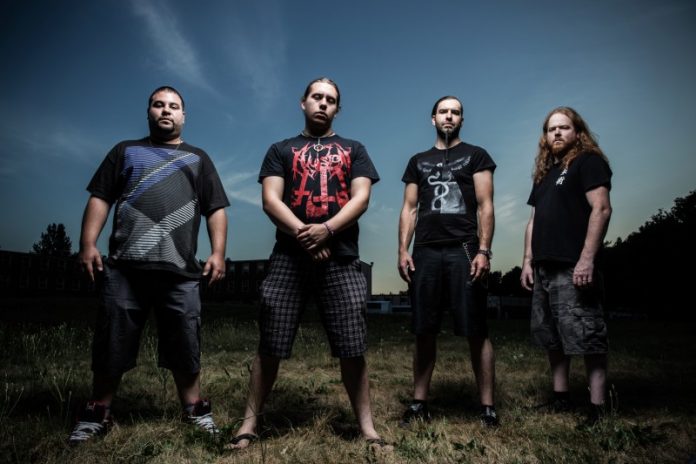 Uncompromising Canadians are back

Vancouver-based Without Mercy certainly stays true to its name. Ruthless and menacing, these Canadian metal titans have cultivated and redefined the phrase, “Fuck Pussy Metal”.

Founded in 2004, Without Mercy has gone from strength to strength over the years. They released their first EP “All Else Fails” in 2007 completely independently and used its humble beginnings to start the catapulting of performances, internet presence and radio play. In 2009, Without Mercy went on to record their self-titled full length album using the same team that worked on records by Devin Townsend, Mudvayne, and Marilyn Manson.  Without Mercy rode the attention wave of their self-titled debut, using the escalation to begin a relentless performance schedule that would lead them far from their hometown and include over 200 live performances.  No stranger to tenacity, in only a few short years Without Mercy have achieved; being the only indie metal band in Western Canada to have two tracks available on Rock Band 3, being featured in Tattoo Savage Magazine, and pioneering the phrases, ‘You Smell Like A Bitch’ and ‘Fuck Pussy Metal’ – which have now become synonymous with the band.

In 2014, Without Mercy unleashed third studio release, “Reborn”.  Another massive evolution for the band, Without Mercy sought to bring back the organic metal sound and combine it with a high production standard.  Fast forward to 2016, some line up changes with a new vocalist and bassist, the band is ready to share with fans re-recorded material from ‘Reborn’ on their new EP ‘Mouichido’ that even features Chimaira vocalist Mark Hunter on their track ‘In Waves’. The EP is set to be unleashed on May 27th, 2016 and will be supported with a steady rotation of touring and appearances across Canada and the USA. All of course, independently.