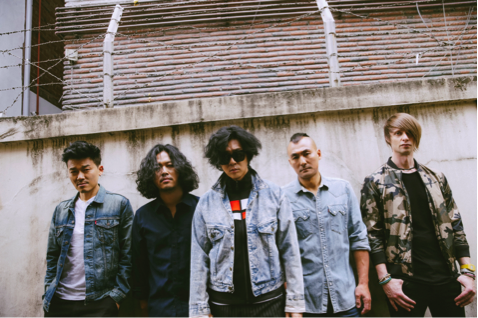 Yoon Do Hyun Band (often shortened to YoonBand or YB) are the most popular rock group in South Korea, recognized for their ability to mix traditional instruments such as gayageum (a variant of zither) and daegeum (a wooden flute) into their powerful rock sound, inspired by classic hard rock, grunge, blues and new wave.

In the decade-plus since the band was established in 1994, it has sold two million albums (20 times platinum in Korea). Yoon Do Hyun teamed up with guitarist Hun Joon, bassist Park Tae Hee and drummer Kim Jin Won to form YB. Yoon Do Hyun became the vocalist, chief songwriter, and additional guitarist for the rock outfit, which debuted in December 1994 with “In Front of the Post Office of Autumn”. Over the course of the ’90s the band gradually worked its way up the national scene, releasing four albums between 1997 and 2001, as well as starring in the movie “Jungle Story” (1996), based on their own story, and appearing in the musicals such as “Gae Ddong Ih” (1997).

These experiences helped to prepare the group for the big breakthrough that came in 2002, when South Korea co-hosted the FIFA World Cup with Japan. Yoon Do Hyun Band wrote two songs for Korean fans to sing on the occasion — “Oh Pilseung Korea!” (Go Korea!) and “Arirang,” the latter of which refashioned a popular traditional ditty as an arena rock number. The songs became huge hits, and the band generated a big buzz with the media, perhaps partly due to the fact that the South Korean team delivered its best performance ever. YB even scored an invitation to the prestigious music event the Performance of South and North Korean Artists, only visited by rock bands on very rare occasions. In 2002 Yoon Do Hyun also became the host of his own TV show on KBS, a major broadcaster. The band’s sixth album, [YB] Stream, came out in 2003 (with a repackaged version released in December of the same year) and, unsurprisingly, did well commercially. In 2003 YB received the inaugural World Peace Music Award for gigs they played for the underprivileged.

Subsequently, Yoon Do Hyun took a break from his band and from rock in general, releasing a solo funk-soul project Difference in 2005, but during the same year YB launched an invasion of the West, beginning with a club tour in Germany, France, the U.K., and the Netherlands with London punk rockers Steranko, and then following it with their debut on American soil the next year. Yoon Do Hyun Band‘s seventh album, Why Be?, was released in 2006. The group continued touring after the release of this record, playing the SXSW festival in Texas in 2007 and 2008 (the first Korean band to do so). Yoon Do Hyun had also hosted his own radio music program on KBS 2TV since 2007, but he decided to give up both his TV and radio shows by the end of 2008.

2015 saw the band tour with The Smashing Pumpkins in the USA and headline Korean Night at Dodger Stadium in front of 56,000. 2017 will see the band release their 10th studio album.