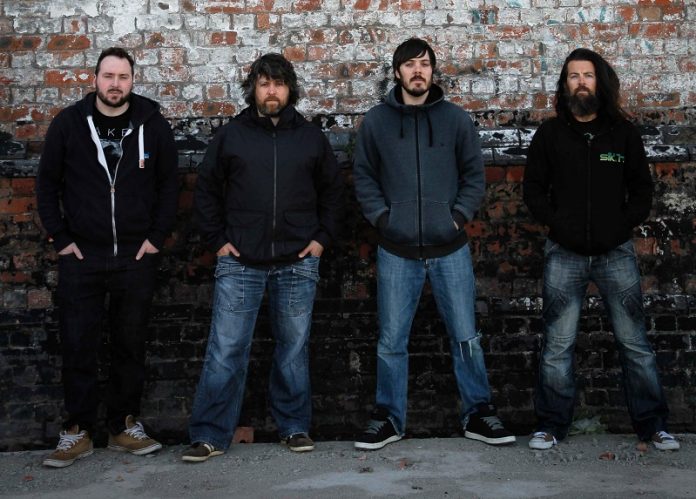 With an expansive range of influences, North Wales angular rock crew ZEBEDY have received glowing comparisons to everyone from Karnivool and Reuben to Biffy Clyro.

The highly-rated dynamic outfit release their new EP, Set The Pace, through all stores on Friday 15th September.

Originally formed in 2008 as a live jamming trio with Jonny H-S (Guitar & Vocals), David H-S (Bass & Vocals), and Tom M-D (Drums & Vocals), Zebedy’s early sound wove together a heady mix of instrumental prog infused rock which battered the senses. With evolution and progression at the core of the band, the  three-piece soon added vocals to their sound and also boosted their ranks in adding Ben C (Guitar & Vocals) to the mix. By 2011, Zebedy were set to reveal their debut album, Exist, and widespread touring followed. By the time 2012 rolled along, the riff masters dropped their This Is My City EP which landed the crew a growing reputation for delivering intense live performances that melded together the raw catchy melodies of indie music with the huge riffs of the metal world. In 2013, the quartet dropped their second album, Marionette, and this release cemented their emerging status as ‘Ones To Watch’. A re-release of their debut album in 2015, along with a clear focus on live shows, has also increased Zebedy’s ever-expanding fanbase.

Buoyed by recent support slots with everyone from Psychostick, Soil, Closure In Moscow, COMA, Brutai, Voices from the Fuselage and Halo Tora, Zebedy are now primed to break out to the masses. Armed with their new EP, Set The Pace, the record twists and contorts to magnificent effect. Their current single and the EP’s namesake, Set The Pace, gloriously fuses angular phrasing and jagged riffery with a super-memorable refrain. Of Revelations also holds no prisoners, with its start-stop signatures and pounding rhythms that leave you pining for more. And Bloom, comes at you with an unstoppable barrage of riffs and dynamic and driving vocals; this cut is a fitting end to a superb release.