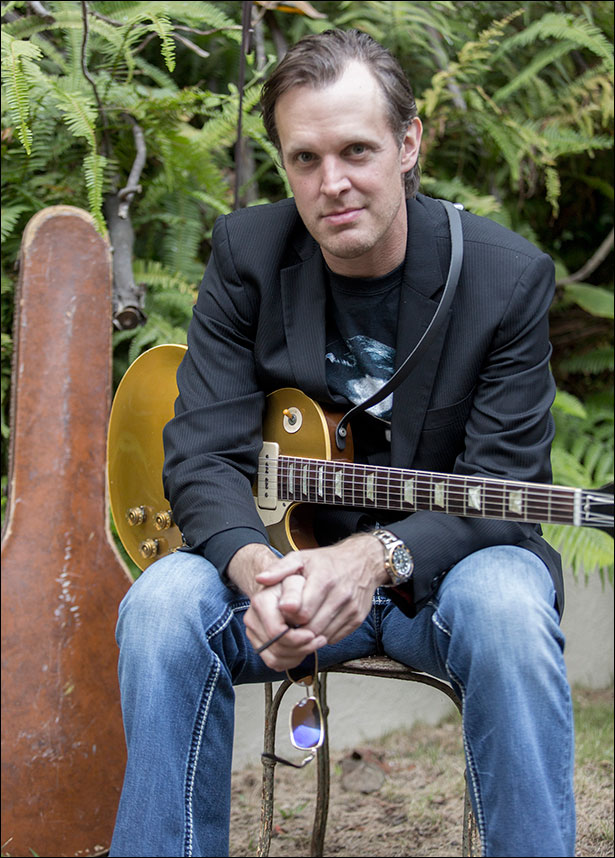 The rule back? What’s that! Joe changes everything

Like his previous solo disc, 2014’s Top 10 Billboard hit Different Shades of Blue, the new album features all-original material, and it sees the maverick superstar guitarist, singer and songwriter tossing away the rule book as he continues to reinvent and redefine the blues-rock genre like no other artist working today.

“I want people to hear my evolution as a blues-rock musician,” says Bonamassa, “somebody who isn’t resting on accomplishments and who is always pushing forward and thinking about how music can evolve and stay relevant.”

The writing sessions for Blues Of Desperation took Bonamassa back to Nashville, where he’d composed Different Shades of Blue, to work with some of Music City’s top tunesmiths, people like James House, Tom Hambridge, Jeffrey Steele, Jerry Flowers and Gary Nicholson.

“These are some of the best guys in the business,” Bonamassa raves. “Lyrically, you’ll hear the proverbial trains, mountains, valleys and other blues references about heartbreak and loneliness, but there are also some poignant moments about getting away from the stressful, crazy demands of life and losing yourself with your special someone. I think anybody will be able to relate.”

Of his decade-long collaboration with Shirley, Bonamassa says, “I can explain our relationship with one word – ‘trust.’ I completely trust in Kevin and his musical promptings. He pushes my musical ability by challenging me to not just rest on my laurels or settle for ‘good.’ He expects more out of the other musicians as well and will not hold back when he sees us falling back into our usual routine.”

“Which sometimes calls for unorthodox measures”, says Shirley, who admits that his idea of augmenting Bonamassa’s usual recording band with second drummer Morrow was engineered to “ruffle Joe’s feathers.” “I wanted him to work a little harder, like in his early years,” he says, “so I brought in an additional drummer, just to throw the cat amongst the pigeons.” Of the results, Shirley raves, “Recording Blues Of Desperation is one of the most exciting recording projects I’ve done. What a joyful noise we made!”

Blues of Desperation is Bonamassa’s most powerfully diverse and boldly realized album yet, with the material ranging from the gutsy, gritty blues call to arms of This Train(Joe’s guitar is set to “rude” throughout) to the elegant yet emotionally shattering ballad What I’ve Known For A Very Long Time to the soul-nourishing, acoustic-based Americana of The Valley Runs Low, on which Bonamassa’s voice rises up majestically to meet Barnes, McRae and Tippins in gospel-like rapture. And then there’s the bleary, tequila-soaked Drive, dripping with the kind of raw, wicked and unsettling sensuality that could make David Lynch go green with envy.