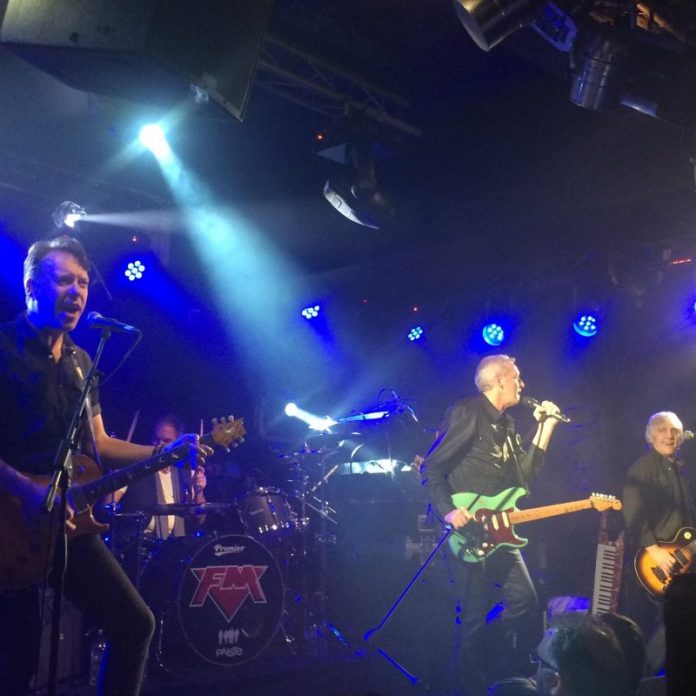 Things get a little indiscreet

“David Coverdale rang me on Friday,” offers Bernie Marsden when other – lets call them mortals – people might just say hello. “He said: ‘are you still singing my songs Marsden?’ “I said, ‘yeah, you still singing mine…..?'” As opening lines go its a belter lets be fair, and its absolutely typical of the man. Warm, gregarious and witty, not to mention a brilliant guitar player, there’s a reason Bernie Marsden is usually prefaced with the words “the legend that is”. Here, acoustic and solo, he plays a fabulous 45 minutes of Whitesnake, (“Until The Day I Die” and “The Time Is Right For Love”) together with covers that Whitesnake made famous (“Ain’t No Love In The Heart Of The City”) and some of his personal favourites including cuts from Leadbelly and Peter Green. All of these are wrapped in genuinely funny stories and self-effacing humour. Ending tonight with a bluesy version of The Beatles’ “From Me To You” might seem odd when you think what he could have finished with, but it, like everything else, works perfectly.

FM’s debut record “Indiscreet” is 30 years old. Lets just consider that for a moment – actually lets not. It only means we are all getting very old very fast.

That, though is why we are here. Ostensibly at least, because where most bands would use that fact as a reason for one of those dull “album” shows where the whole thing is played one song after the other, Steve Overland and his merry bunch of men have other things to do.

Indeed, it is only when you see FM live that the full effect of the band comes clear. Also it is only probably since they reformed getting on for a decade back that we perhaps appreciated what we’d lost when they were inactive.

Since then their shows have amounted to victory laps, and there can be little doubt that when it comes to AOR they are without peer anywhere else.

As if to prove this is no nostalgia trip, the lengthy set kicks off with “Digging Up The Dirt” – a track from last year’s album, and is a healthy mix of the classic, the new and stuff they haven’t done for a while. All are played with a joy and a skill that really sets FM apart.

To that end, getting Jim Kirkpatrick in the band back in 2008 was a masterstroke. His fine guitar work is prevalent throughout, but is never better than “Let Love Be The Leader” and “Face To Face” as he’s joined by Overland for some twin axe stuff straight from the Thin Lizzy playbook (bass player Merv Goldsworthy, wearing a Phil Lynott tshirt, will approve).

Elsewhere “Bad Luck” is a British version of a Bon Jovi song, and “American Girls” is kinda distracting given that the ten foot high screens at either side of the stage are showing images of scantily clad, extremely attractive women.

“Burning My Heart Down” ends the set, but the encore, even by the standards of the evening is special. First Steve Overland gets chance to prove why call him “The Voice” on a gorgeous “Story Of My Life”, then “The Other Side Of Midnight” is great fun. All of this is merely a prelude to Bernie Marsden returning to prove he’s one of the best guitarists of his generation on “Walking In The Shadow Of The Blues” before we all get the chance to pump fists in the air to “Here I Go Again.”

The great thing about all this is, everyone on the stage enjoyed it as much as everyone in the crowd, and FM proved again they are one of the best live bands around – made all the better here by a little help from their friend.