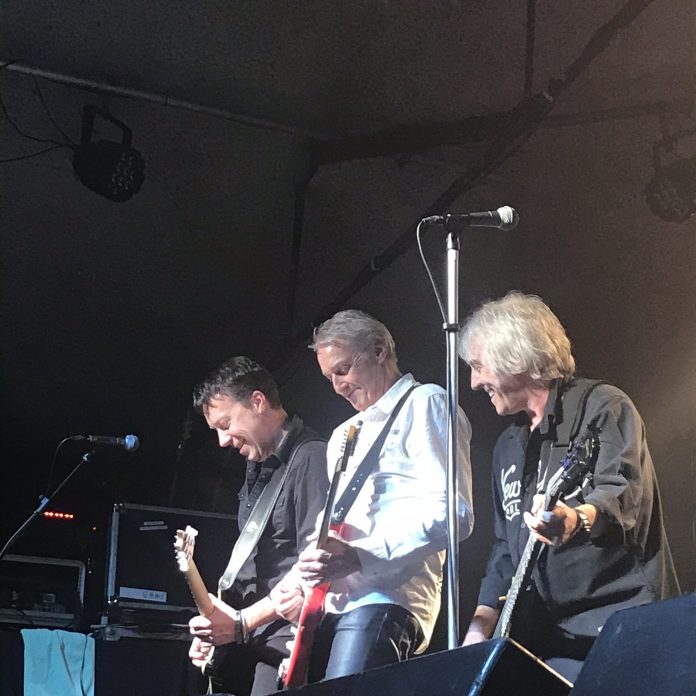 Time flies.  It seemed not that long ago that I saw Hand Of Dimes open for FM one Sunday night just up the road in Stourbridge. It was very nearly four years. Crucial difference on this occasion, though, is that last time they were doing this acoustically, tonight is the full, amped up experience – and superb it is too. Nev McDonald is a brilliant vocalist, he always has been, and he’s lost none of that power. Indeed, I would actually argue that his voice has got better with age. Likewise, the band have got plenty of skill. Nev’s former Kooga partner Neil Garland tinkles the piano to give “Moonlight Mile” a kind of Faces air, he then switches to harmonica for “Bad Reputation”. All the different sides to the band are shown with “Jacob’s Ladder”, a bluesy ballad which doesn’t half recall Bad Company. There’s a Skin song (of course there is) and “House Of Love” for all its ludicrous “you keep me up all night” chest-beating remains as good now as when they were our boys who were going to fill stadiums in 1994. They end with “Sail On” and in so doing, Hand Of Dimes have shown that even though they don’t take themselves too seriously – Nev even gets the day wrong at one point (“we’re powered by Sanatogen”, he laughs) – they could be still Set for much greater things. 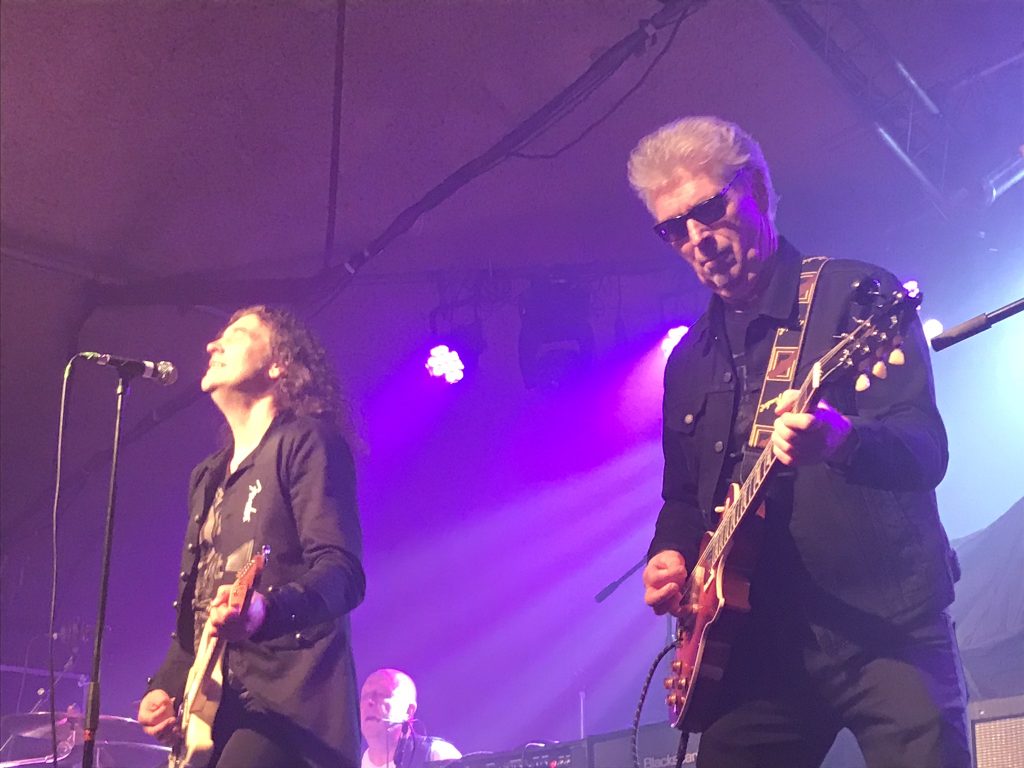 FM are just glad to be back home. “We’ve had a long tour. We’re metal now” says singer Steve Overland – and never is that word more apt in rock – as the boys get down to it. They’ve been touring with Saxon, which you’d say was a weird old partnership, except for two things. FM are ace, and second, as Overland puts it himself later on: “we must be the only band who’s been around forever, who likes to support.”

But if you wondered what they’d do faced with needing to do a full set tonight, then don’t fret, because they do what FM always do and pack it full of some of the finest songs of their type ever written.

Songs like “I Belong To The Night”, “Bad Luck and “That Girl”, would all be encores for most, but here they are tossed out towards the start, which surely is indicative of the quality here.

The very start, actually, was “Black Magic” from their latest “Atomic Generation” record – they bookend the main set with its tunes, finishing with “Killed By Love” – and it fits right in perfectly.

FM have been riding something of a wave for a decade now, since their reformation gathered pace, and they keep getting better. There is a rare class about songs like the huge “Closer To Heaven”, and a proper chug about “Wildside” but all the while this is mixed with newer stuff like “Crosstown Train” which perhaps shows why the band keep things fresh.

They have songs, they have musical ability, Overland is the best vocalist around, hands down – he proves it, as ever on the glorious “Story Of My Life” – but also Jim Kirkpatrick surely must be one of the more underrated guitarists too. But what FM do more than anything is love what they do.

There is a bond between them, you can sense it, you can almost feel it and seeing them end with “Other Side Of Midnight” as Jem Davis plays one of those keyboards that look like a guitar (I’ve never known how better to describe it….) out front and centre, you are left to reflect that FM are more than just a British institution. They are the finest melodic rock band there is, anywhere.

Denim and leather might have brought them together for the last five weeks, but it hasn’t changed FM. Nothing ever will.