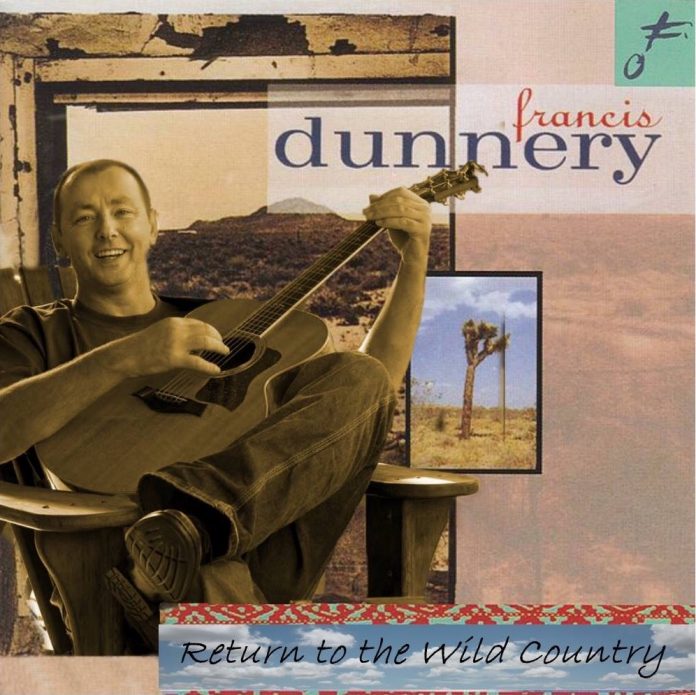 Another classic reworked by It Bites man

2016 is turning out to be a mighty fine year for fans of Francis Dunnery & It Bites…..myself being a massive fan of both….First up earlier in the year we had the album ‘Vampires’ which was Francis’s reworking of a whole stack of It Bites classics, then when I spoke to the great man himself a few weeks back he announced he had re-recorded and reworked his first solo album ‘Welcome To The Wild Country’
It’s an album I’ve always adored ever since buying it on rather pricey Japanese import back in the early 90s from a wonderful Dudley record shop (and the store is still there now) and this new version of the album has given us a glimpse at how Francis see’s the songs now…..and my word what a treat this album is.
First of all the production on the album is far superior to the original and the emotion that comes through in these new versions is so honest & heartfelt….the issues that Francis had in the latter part of It Bites and in his early solo career are well documented and are not for me to bring up…..the guy is in a better place now and each time I’ve spoken and met him in recent years he has always been a very genuine and thoroughly pleasant guy to be around.
The new versions of ‘Jack Won’t Let You Go’ & ‘Welcome To The Wild Country’ are just fantastic and you know that you are in for a real good hour and a bit ahead…..’Jackal In Your Mind’ and ‘All I Ever Wanted Was You’ just ooze class and Francis has never sounded so good, the vocals sound warmer, the playing from the band is tight as hell and the guitar playing from Francis just highlights why he is one of the greatest guitar players these shores has ever produced…..and I’ll take the Pepsi challenge on that.
‘Mr No No’ ‘Another Day’ & ‘Just Like My Father Said It Would Be’ also benefit from the reworking and even though I still love the original album I now feel like I’m getting the best version of this album that I can possibly own…..sometimes it just takes time to get where you’re going and that’s how this album feels.
With this new version of the album we get two extra tracks that certainly weren’t on my import copy at least in ‘The Mother And Father Of Love’ & ‘Peace For Our Time’ and it all adds up to 70 mins of blissful listening…..what next for Francis?….do we get reworking’s of more of his old albums or new material?
I just love the fact that Francis Dunnery is still making music….artists this good need to be heard….the public let It Bites down in the 80s by not following up on the success of ‘the hit single’….but those of us who stuck with the band and stuck with Francis have a wealth of truly great material to listen to…..and now we get the real version of his debut album…..it’s good to look back…..but it’s better to look back…..and forward!!!!
Garry Foster
Unchained: Tuesday’s 10pm-Midnight
Prog Rock Files: Thursday’s 10pm-Midnight
101.8WCR FM & www.wcrfm.com