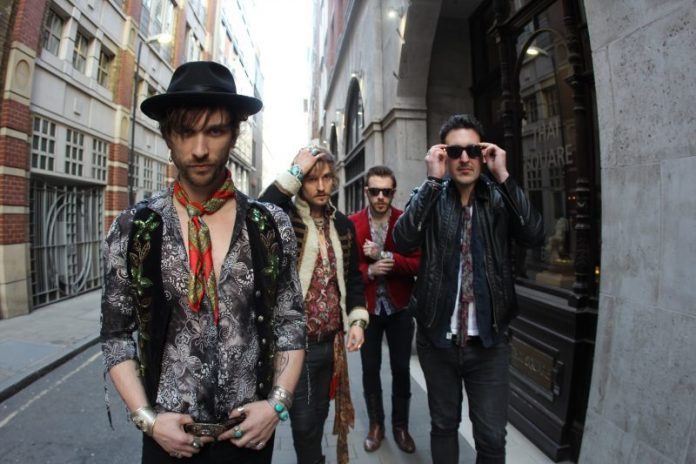 Frontiers Music srl is proud to present the next generation of rock legends.
The first edition of  ‘Frontiers – New Breed Night’ features three of the label’s recent UK signings and takes place at
The Black Heart in Camden, North London on 26th April. An eclectic triple bill is co-headlined by
DOOMSDAY OUTLAW and DIRTY THRILLS, with support from THE BRINK.

and redemption, the group is set to show off its distinctive sound to the legions of hard rock faithful

around the globe via a new album, ‘Hard Times’, which is set for worldwide release via Frontiers in

May 2018. A song from the album entitled ‘Spirit That Made Me’ can be heard here :

Dirty Thrills are a young, exciting and charismatic London based hard rock quartet who play bluesy

Of The Stone Age, The Black Keys and Rival Sons. Their acclaimed second album, ‘Heavy Living’,

was released in October 2017, subsequent to which they have toured extensively. The video for their

Producing a vibrant new 21st Century form of balls-to-the-wall Rock n’ Roll, and with a reputation as

one of the hardest working young bands around, The Brink will release their debut album in late

2018. Weaving delicate vocal and instrumental harmonies around hard, driving riffs, they have

fist-pumping anthems and solid ballads befitting of early Def Leppard and Bon Jovi, backed up with

an exciting live show full of youthful vivacity, The Brink surely belong on the stadium stage.

A video for a song from early 2017 entitled ‘Never Again’ can be seen here : bit.ly/2EICAM2