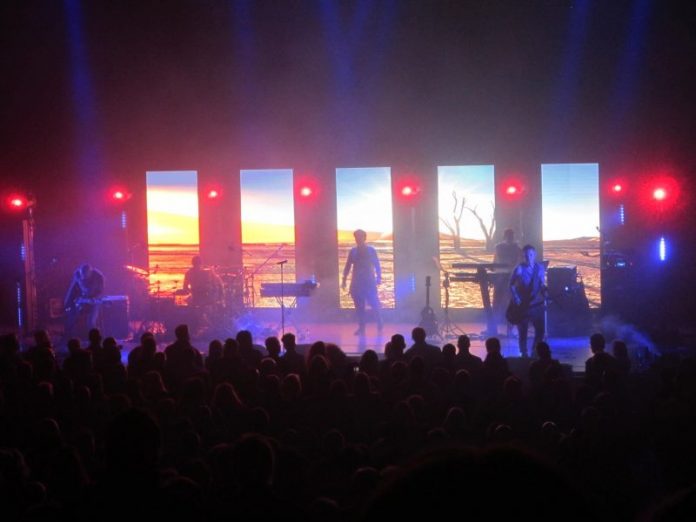 Damian is like a new man at Gary Numan

Gary Numan arrived at the Butterworth Hall on a cold Spring evening for what is billed as The Savage UK/Europe Tour 2018 (Part 2), this the second show of a twelve date UK leg, part of which is to promote his last release `Savage (Songs from a Broken World)`

The album, his eighteenth solo studio release is a concept album centred around the blending of Western and Eastern cultures in a post-apocalyptic world that has become desertified as a result of global warming. I was fortunate also, to attend the first part of the tour which visited the wonderful art deco Leamington Spa Assembly last July. 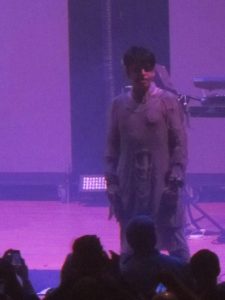 I do have a deep affection for Gary Anthony James Webb as I first saw him a couple of times in September 1979 at the Birmingham Odeon and the Coventry Apollo on the Pleasure Principle Tour with Orchestral Manoeuvres in The Dark in support. Indeed, I even took a friend to Wembley Arena in April 1981 to see his farewell concert with Shock, a rock / mime / burlesque troupe and Canadian electric violinist Nash the Slash. Thankfully, his early retirement was reconsidered and this sexagenarian, he turned sixty on March 8th, is as popular as ever and is touring again with a vengeance. As the lights dim a chant of “Numan, Numan” goes up from the faithful, as an instrumental slice of music allows the group to enter the stage, pick up their respective tools and head straight into the bleak but beautiful `Ghost Nation` The lyrics are some of the best he has written with `When the sky came down, when the sun went dark, when the night was torn and we heard God laugh, when the righteous came and they cleansed our sins, have you ever seen death, with your own eyes?` as the chorus. played out to a background that is atmospheric and has an Arabic feel at times. As this is early in the tour it`d be a little unfair to share the setlist but it has changed on certain nights but covers a fair proportion of the latest release along with some classics from yesteryear and some others in-between. These days the sound has slightly shifted to a heavier Industrial vibe with the New wave cum electronica given a somewhat harder edge. Therefore, earlier tracks such as `Down in the Park`, `Cars` and `Me! I Disconnect From You` blend wonderfully, with the more recent tracks such as my favourite `The Fall` from “Dead Son Rising” The venue holding a near enough 1500 strong capacity audience is the perfect place to host the androgynous “android” persona of our hero. The lighting and backdrop screens give a faultless platform for this state of the art lightshow and really brought to life the video shown on the screen of the artist`s own daughter Persia joining him on backing vocals and the chorus of “my name is ruin, my name is vengeance, my name is no one, no one is calling.” From the last single `My Name is Ruin` Although this young lady joined her father at the Leamington show last year, she is back in school in Los Angeles, where the family now reside, The ninety minute set concludes with a slightly slower and altered version of the 1979 Tubeway Army chart topper `Are `Friends` Electric`. 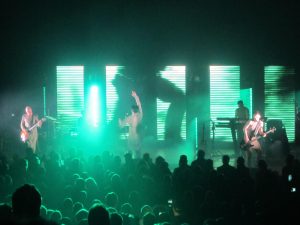 A couple of minutes pass before the guys return to the stage for the encore of early songs in the form of 1980`s `This Wreckage` from The Telekon release and `Metal` from 1979`s The Pleasure Principal.

Tonight, was a marvellous occasion which covered all emotions from this pioneer of electronic, new wave, synth pop, goth and industrial music. It was an evening when once again Numan proved what brilliant performer he is and put in contortions and moves that a man half his age would struggle to achieve. It may be coming up to forty years since he started creating his own brand of music but today this artist remains at the top of his game, reinventing, reformatting and leading the way for a new generation of fans. Long may he remain the Pleasure Principal or indeed the principal or primary source of pleasure.