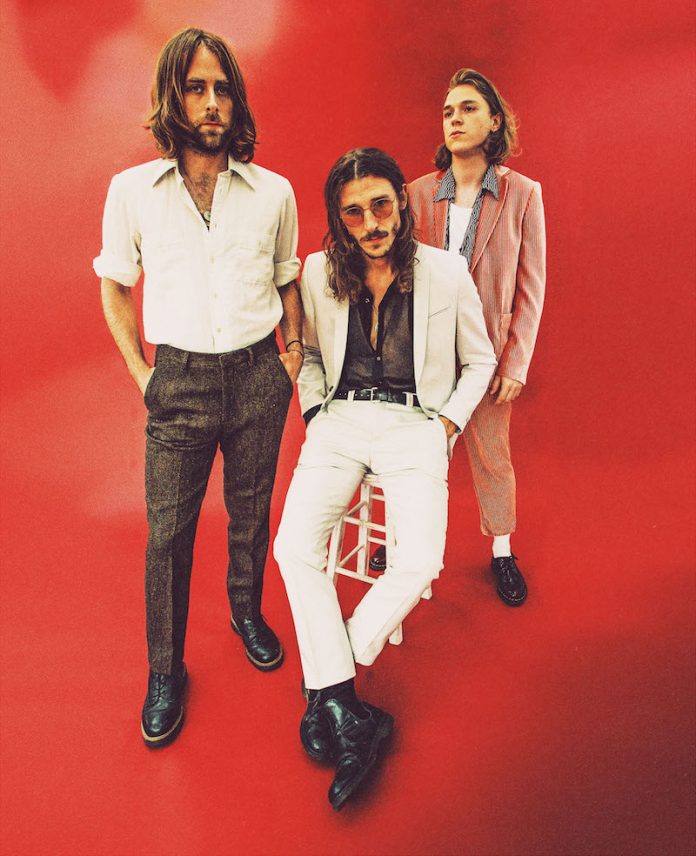 In celebration of their biggest and best year to date, Newcastle-formed, Brighton-based trio Demob Happy have today released a ‘HOLY DOOM DELUXE’ version of their acclaimed second album, announced a UK headline tour for Spring 2019, US festival appearances and dates alongside Graveyard and Uncle Acid & The Deadbeats.

2018 has seen Demob Happy take their live show to an international level. Following the release of their second album ‘Holy Doom’, the band have played across Europe with Frank Carter & The Rattlesnakes, a sold-out UK headline tour, 27 dates through the US in support to Nothing But Thieves, and their own headline US shows, as well as recent UK gigs with Jack White.

Frontman Matthew Marcantonio adds, “This is the best year we’ve had as a band. Holy Doom has sold out shows and taken us around the world. We’ve toured almost everywhere the sun shines.”

‘HOLY DOOM DELUXE’, released today via SO Recordings, will see their recent UK headline show at London’s Borderline immortalised with eight live recordings added to the acclaimed album, which has currently received over three million streams.

“We recorded the sold out London show for our own prosperity, but the live recordings weren’t shit, and people started asking more and more if we had anything,” Marcantonio continues. “After the year we’ve had it seemed fitting to mix them down for a live album deluxe edition. It’s a celebration of everything that’s transpired.”

Upon its release, ‘Holy Doom’ was dubbed “seedy and funky and excellent” by the Guardian Guide, “an intellectual and all-embracing encapsulation of the godly and ungodly” in Dork Magazine’s ⅘ album review, “a fuzzy, sleazy monster, dredged up from the murkier quarters of indie rock’s backwaters” by DIY and “drenched with rock swagger” by Kerrang!, ‘Holy Doom’ has also seen support from Rollacoaster, Wonderland, Classic Rock, Upset, BBC Radio 1’s Huw Stephens, Daniel P Carter, Amazing Radio’s ‘A’ list, Radio X’s John Kennedy and more.

Early 2019 will see new recordings and surprises from Demob Happy, as well as another live venture into the US in March alongside Graveyard and Uncle Acid & The Deadbeats, festivals including Shaky Knees, Sonic Temple and more soon TBA.

‘HOLY DOOM DELUXE’ is out now via SO Recordings and available HERE.