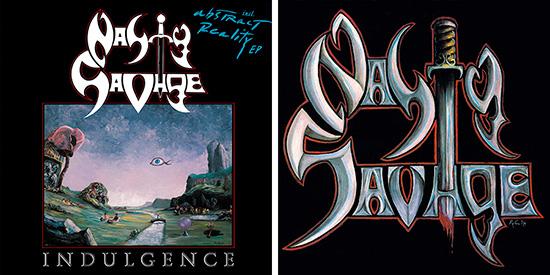 Metal Blade to re-issue classic NASTY SAVAGE albums on vinyl as part of the Metal Blade Originals series and for the first time ever on Digi-CD!

On the 26th of February two of the most classical Metal Blade catalogue titles will be re-issued.NASTY SAVAGEs self-titled debut album as well as its successor, ‘Indulgence‘!

The vinyls are part of the Metal Blade Originals series that started just last Friday with the re-issues of the SLAYER titles ‘Show No Mercy‘, ‘Hell Awaits‘, ‘Haunting The Chapel‘ and ‘Live Undead‘.

The NASTY SAVAGE vinyls will be released with 400g heavy cardboard spine sleeves (inside out print), 60x60cm artwork posters and 250g inserts.