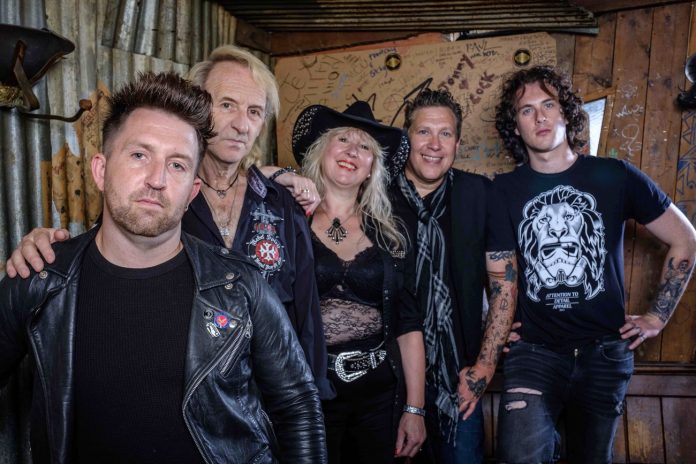 ‘New Skin’ is the latest song from the acclaimed new album by Airrace to be made into a video. Released in August, the ‘Untold Stories’ album has been praised for its songwriting and wide-ranging stylistic approach.

A nine date UK tour in September to promote the album sees Airrace pairing up with Frontiers  labelmates The Treatment, with support from Tequila Mockingbyrd. The itinerary is as follows:

Founded by Laurie Mansworth, Airrace is recognised as one of the UK’s pioneering AOR acts. Following the acclaimed 1984 release of their debut album, ‘Shaft Of Light’, the band supported rock titans such as Queen, AC/DC and Meat Loaf, but they had crash-landed by the summer of 1985. It took a 25th anniversary reissue of the record to reunite the group, and they eventually issued a  second album, ‘Back To The Start’, via Frontiers in 2011.