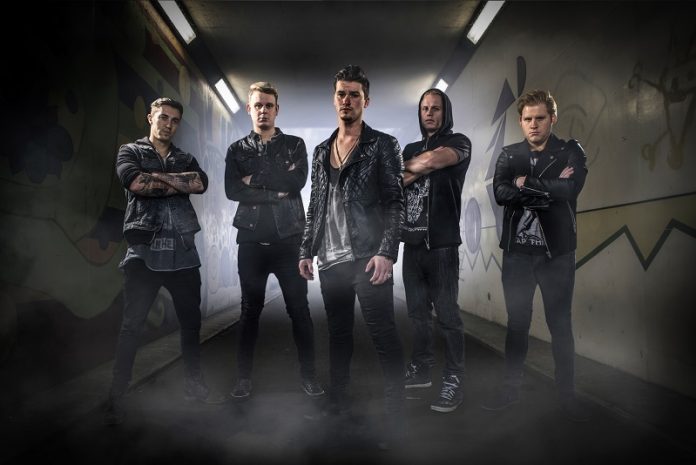 Whilst touring with the band, Robertson heard The Fallen State track “Nova” and fell in love with it. Discussions were had and Chris recorded vocals alongside Vocalist Ben Stenning. The resulting single highlights what a remarkable song “Nova” is. Already playlisted across UK radio – including Planet Rock and Kerrang radio. The single has already charted in the iTunes chart and is rising. The single is the perfect set up for a new headline tour from The Fallen State in 2018.

Fresh from successful tours with Black Stone Cherry, US Grammy winners Halestorm, 3 Doors Down and fellow UK rockers Young Guns and Heavens Basement, The Fallen State are proud announce a full UK tour in March/April 2018. The full tour is as follows

Tickets are available from 10am GMT Monday 4th December 2017 from

Founded in the autumn of 2013, The Fallen State brings together five young men with a mutual love for powerful, anthemic and beautifully executed rock. The Fallen State’s soundscape blends grooving and ruthless rhythms courtesy of drummer Rich Walker and bassist Greg Butler with the exuberant and soulful voice of singer Ben Stenning, the artful emotive phrasing of lead six-stringer Jon Price and a Dan Oke inspired harmonic wall of warm, contemporary rock guitars.

In three years, they have developed a stunning reputation by selling out shows with their modern, incisive and inspiring performances allied to their prolific output of five skillfully crafted EPs (“I,II,III”, “Crown Your Shadows” and “The View from Ruin”).

This reputation further grew in 2017 with a successful headline tour in the spring and a 14 date UK summer tour with Puddle of Mudd and Trapt. Alongside this extensive live presence, The Fallen State’s critically acclaimed single “Nova” saw wide airplay on the likes of: BBC Radio and Planet Rock Radio, and broadcast on Kerrang! TV, Scuzz TV and BritRox TV.