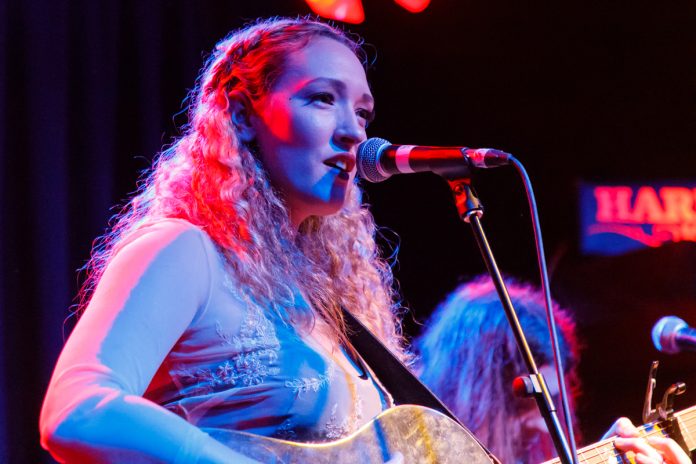 Just before she plays the quite brilliant “Parchman” tonight in the encore, Hannah Aldridge sheds some light on just how lonely it might be to tour the world on your own as a singer/songwriter.

She’d earlier appeared pretty emotional when dedicating “Black And White” to her son, Jackson, who is back home in Tennessee, but as she reaches the conclusion here she talks with a real passion about the knockbacks, the closed doors, the harsh reality of what she does.

What keeps her going, she says, is knowing her music means something to people.

In that spirit – and I really wasn’t going to do this until she said it – I’ll take you back to the summer of 2017. A record called “Gold Rush” landed in my inbox. The accompanying text was enough to get me to download it. It was astonishingly good. It was Hannah Aldridge’s second record.

Around the same time, I’d started to feel like I was going to too many gigs for the sake of it and that this website was taking over my life. Aldridge, though, was playing a little café just across the road from where she is tonight, one Sunday night in July and the album was so good I went.

What happened that night was enough to first to rekindle my love for live music, the love which had been there for 26 years, but was waning. She was that good.

Hannah Aldridge is a wonderful, gifted solo artist, but it is perhaps that loneliness of playing alone that makes her play with other bands. Last time I saw her it was with a Swedish rock band called Jetbone. Tonight it is with Goat Roper Rodeo, and the vibe is totally different.

Primarily because GRRB are totally different, they had proved that in their support set. The north Wales three piece, according to their website are “just an upright bass, two old guitars and a bucketful of harmony” and ok, that might tell some of the tale, but they do appear to have been transported here straight from the 1960s and a commune at Woodstock. There is a touch of the West Coast sound of Gram Parsons or The Byrds in the vocals in stuff like “Toss And Turn” and “Ask for Alice” from their new, just released record. But there is something sort of unhinged about them too. Tom on Double Bass has a way of moving that is natural, but only to him, while his brother Jim on guitar is more energetic than many country players, let’s say it like that. They can be bluesy too, as “Rhythm Of Love” proves, and they are faster still on “Catch Me If You Can”. Not in sound, perhaps, but in attitude, they are reminiscent of Wile And The Bandits, who emerged from the folk scene in Cornwall to do something fresh. From a caravan in North Wales, then maybe Goat Roper Rodeo can do the same. 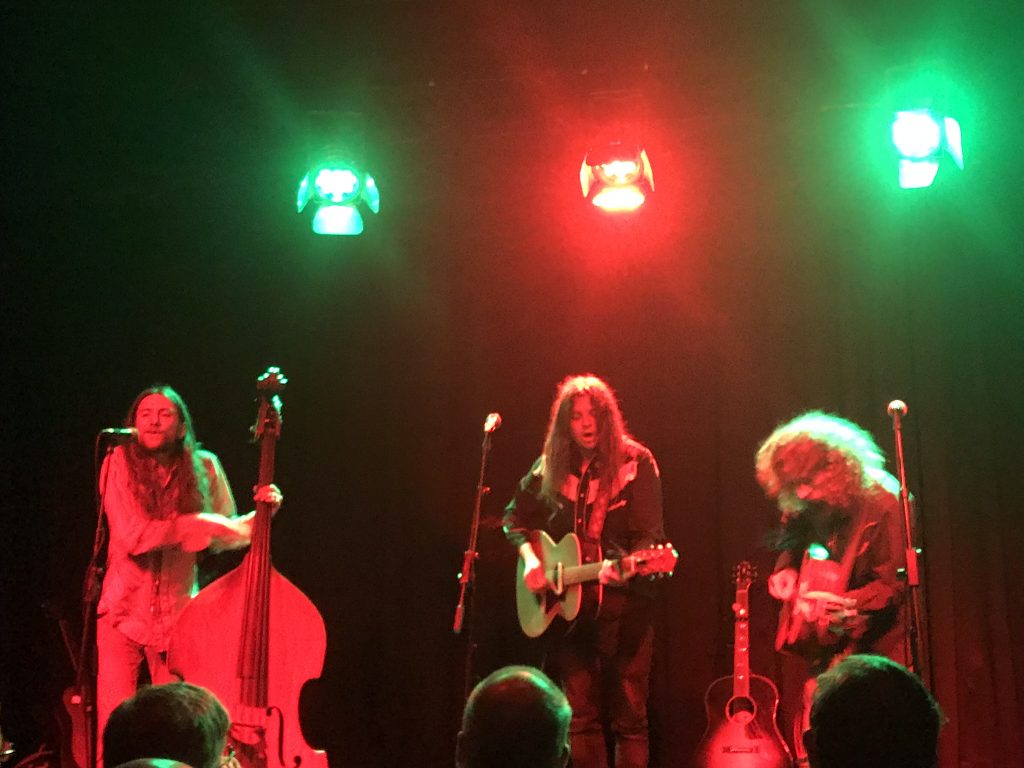 They are back with Hannah Aldridge, a short time later. Not really as her backing group either, but instead a fully formed part of this.

As a result, Hannah’s show is different than before. “Rails To Ride” from her new live record has a kind of Woody Guthrie, itinerant troubadour thing going on, “Old Ghost” (“a cheating song” as she puts it) sounds totally fresh and the same is true for the gorgeous “Lie Like You Love Me”, which is even more cracked and fragile than you remember.

Aldridge is struggling with vocal nodes, so some of her usual set isn’t on show, but her deep, rich tones are perfect for the spruced up “No Heart Left Behind”, while although Audioslave’s “Like A Stone” is an odd choice on paper, in practice it works.

There’s a solo set in the middle, with new song “Born To Be Broken” mixing brilliantly with “Lonesome” and a cover of “Modern Day Bonnie And Clyde”, made famous by Travis Tritt , but written by her father, Walt, which is probably the highlight here.

Another new song, “The Fall”, written with Ben Glover, brings us back to where this review began, with “Parchman”, and although the night ends with Gillian Welch’s “Red Clay Halo” being turned into a hoedown with the Rodeo boys taking a central role, it feels like the defining moment has already happened.

Whatever she does, though, and tonight we saw sides of her that just haven’t been revealed before, Hannah Aldridge is a rare and fine talent. One which I, and no doubt many others, owe a debt of thanks.