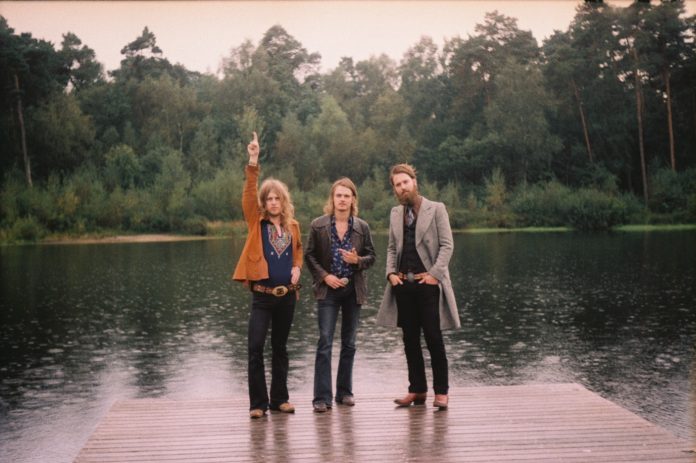 They’re an old soul in a young body, transporting the listener back into the swirling psychedelia drenched blues of the mid-60s. The trio combine an eccentric mixture of inexhaustible energy, great musicianship, contagious enthusiasm and a play-like-it’s-your-last-show-mentality that have seen them light a trail across Europe selling out headline shows, playing festivals such as Pinkpop, Lowlands, Reeperbahn, Rockpalast, Sziget and pick up prestigious support slots with Deep Purple, The Black Keys. They countSeasick Steve as a fan who watched a whole set at Rock Oz Arenes in Switzerland saying “I closed my eyes and I heard the Allman Brothers playing in the 70s.” He was so blown away by what he saw, he insisted on introducing them to Robert Plant afterwards.

Talking about signing to the label the band said; “We put so much love and time in the writing, recording and mixing of our new album and it feel so good to now put it in the hands of the passionate and accomplished label that Mascot is! This collaboration is the ultimate next step in putting DeWolff on the world map!”

They will be playing an album release show at the Paradiso, Amsterdam on 4th May 2018.