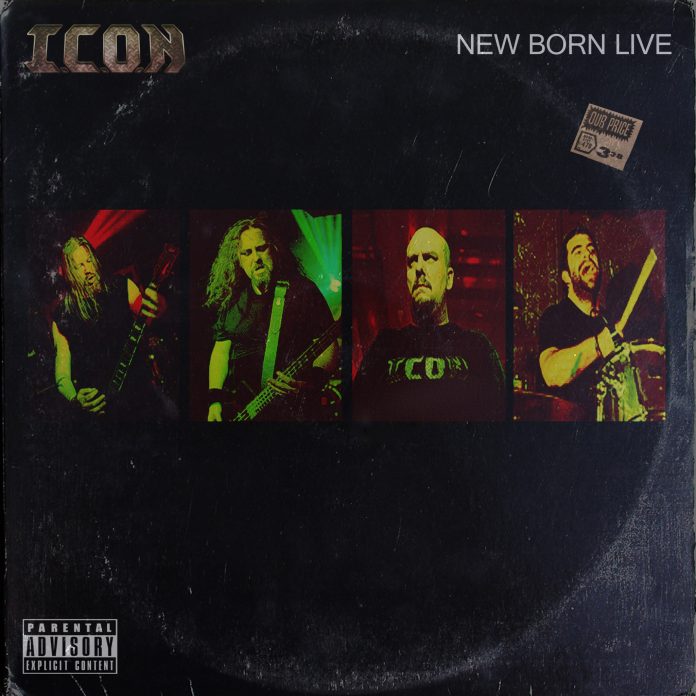 Last weeks featured band whet the appetite for what is to come.

Last week we made I.C.O.N our featured band. This was richly deserved, not least are they very decent guys, who give the impression that if they weren’t in a band they’d be in the crowd with those who are watching them, but it’s more than that. The Lancashire lot are a very, very good band – one that we’ve had our eyes on since we saw them back in the day when Maximum Volume wasn’t even Maximum Volume and was a blog called Rocking The Midlands (yes we know – it was a terrible name.)

That night they supported Rogue Male and – let’s be frank about this – there were about ten punters present. That night, however, I.C.O.N rocked the gig like it was Wembley.

We tell that story firstly because it shows a commendable attitude, and second, because it shows how long they’ve been giving their all to do this. Since then, there’s been a couple of line up changes, the band have signed to Burning Halo Records, and are presently recording their new album.

To whet the appetite for that record, we have this. A seven track live album documenting their appearance at the Out Of The Ashes Festival last year. With the album promising “no overdubs, corrections, or keyboards” this is metal and it’s rawest – and is if to prove they mean it, when singer Mark Sagar gets the setlist wrong, it’s left in.

Musically, it sounds like an incendiary set. The band have their roots in the same type of music as Godsized and there is occasional touches of Orange Goblin here – notably on opening track “Cold Divide.” I.C.O.N’s sound is riff driven and chugging metal, “Prizefighter” is suitably threatening, with it’s increased pace and Sagar asking anyone to “go toe to toe with me” before Scott Knowles plays some superb guitar.

There is plenty of anger elsewhere in the lyrics “Seven Second Warning” in particular – at odds with the band in real life, with all the tracks coming from the “New Born Lie” EP. The show is well tested and rehearsed over literally hundreds of gigs since, and as it ends with the title track, it just leaves you wanting to finally hear some new material from the band.

We are reliably informed that the new tracks will surface in 2015, until then, this warts and all document of what was evidently an occasion that the band and audience thoroughly enjoyed will do.

Like the band themselves It does the job very well.