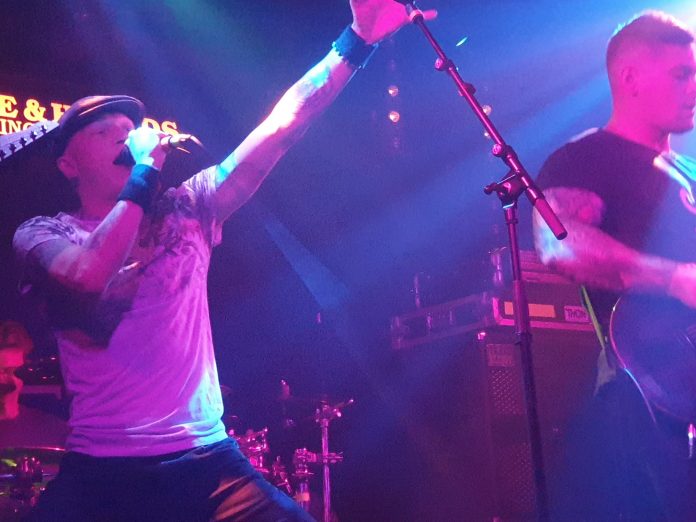 The last time I heard anything as 80s as LeBrock, I was at a school disco in about 1989 trying to get off with Dawn Hughes (trying is the operative word here) but they are pretty much impossible to dislike. Retrowave apparently – if you are one of those who wants to give things a label – the Peterborough duo are about as fun as fun gets. Primarily because there is nothing ironic or whacky about the duo. Nope, rather Michael M and Shauny P do this because, well, why not? Basically, the whole thing sounds like the Footloose Soundtrack, done OTT. Keyboards don’t parp here, they absolutely soar, and the choruses? Well, my friends if they were any bigger, they’d be wearing shoulder pads. “Please Don’t Cry”, the astonishingly massive “Only The Brave” and “One Night” don’t have any self-consciousness at all. And Michael’s guitar solos would shame any AOR band whatsoever. “Call Me” finishes things here, and to be honest, you can call LeBrock anything you like, as long as it is followed up with the word “ace”. That seems a suitably 80s phrase to use. 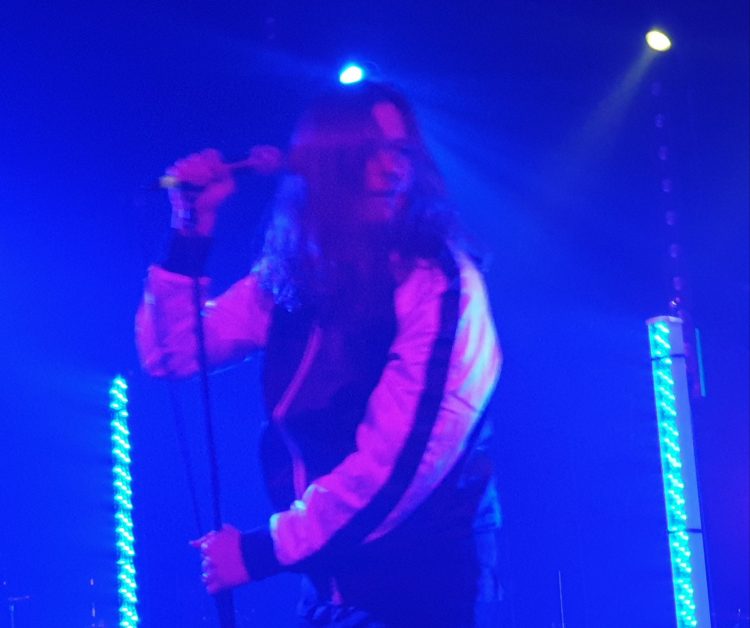 InMe have a sold-out Birmingham crowd eating out of their hands. By the end of it, in all seriousness, a young woman by us is being comforted by her friends after being overcome by emotion. At the end of the gig – as Bon Jovi’s “Always” plays – drummer Tom Dalton gives her a setlist and wishes her well.

The cross-section of people here is testament to two other things too. First, ok, lets not pretend the band are “mainstream” and have crossed over, but for those that know these songs, there is clearly a bond with the music, and second: it’s the ethos of the band. The fact they are true to themselves and are thoroughly decent people (as Dalton’s actions show).

Everything about them, actually, is summed up in a song they play early in the set. “Single Of The Weak” and its chorus – sung here in unison – “What’s that shit on the radio? It sounds like they’ve made it so they could make it.”

No one here has done that and the 90 minutes they play here screams integrity. Shouts it from the rooftops, but it also says “fun” and rather more it shows just what a back catalogue InMe have.

A mix of new “Blood Orange Lake” starts things and old, “Underdose” their very first single way back when, follows it, but all with a real class.

New guitarist John O’Keefe has enabled singer Dave McPherson to concentrate on being just a frontman, and he’s superb at it. He does it his own way – he stands on the speakers, he bites his lip at one point and his chat is a world away from the chest-beating clichés of legend, but the power of old material like “7 Weeks”, “Cracking The Whip” and “Her Mask (PA)” is not to be denied.

Newer stuff, from a forthcoming album sits well in the pantheon too. “The Leopard” and “The Next Song” in particular show the strength of the 2019 edition of the band.

No bullshit Rockstar antics either. “Firefly” and “Faster The Chase” would be encore material nine times out of ten, not here. These boys need a drink in the pub downstairs.

A man who battles his demons so publicly, someone shouts out “I love you, Dave” to McPherson here. His reply was jarring – but in keeping with the honesty you expect. “I am glad you love me,” he says. “I just hate myself.” Before adding. “Makes for good music, though, doesn’t it?”

Yes. It does. And it shows, perhaps, that this music –  this band  – means just as much to the members of the group as it does to the audience.