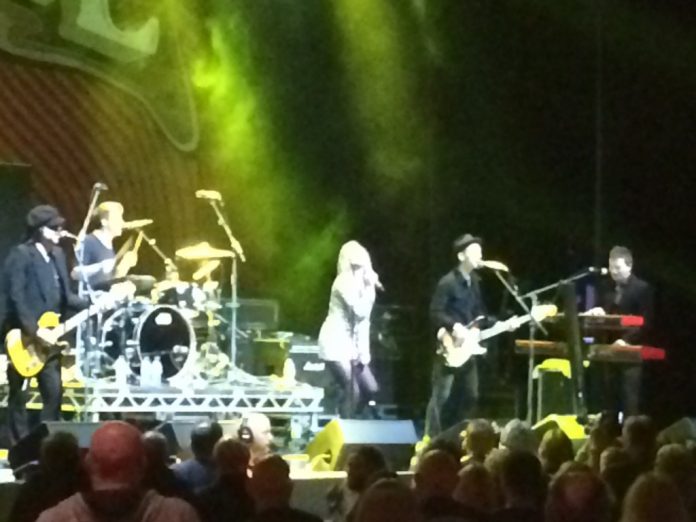 The festival gets underway with the first three acts

With support slots alongside Glenn Hughes amongst others under his belt, Jared James Nichols star is on the rise, and on the basis that talent and hard work always ends with success, you can expect to see more of the Wisconsin based guitar slinger in the near future. The phrase “guitar slinger” is deliberately chosen, given that Nichols and his two band mates look exactly how you’d want a blues trio to look, and songs like “Play For Keeps” prove how much they have to offer, while the closing cover of “Mississippi Queen” from Mountain shows they know where they came from too. Hotly tipped for a reason.

Lynne Jackaman has always had many things in her favour. When she first really emerged, in the brilliant St. Jude, she turned heads with her incredible voice and brilliantly compelling stage presence. Now she’s back with her own eponymously named troupe and her star is still in the ascendency. “Wasted” which sees her exercise her vocal range to wonderful effect, the funky “Honestly” and “Can’t Take Back” are real highlights, but it’s the astonishingly sassy “Nothing But My Records On” which takes this show to another level, as Jackaman throws herself into the performance with vigour. Expect to see a lot more of both her and the band.

The Virginmarys released a brilliant record earlier in the year, and the chance to showcase some of that material from “Divides” isn’t one they are going to pass up. And some of that new stuff sounds like it’s here to stay for years. “Halo In Her Silhouette” and “For You My Love” are both shot through with an incredible urgency, and with a set that also includes “Dead Man’s Shoes” and “Just A Ride” from the superb debut record too, Macclesfield’s finest are surely set for a major breakthrough. Whether punk blues is a thing already, MVM isn’t sure. If it’s not, they’ve just invented it.