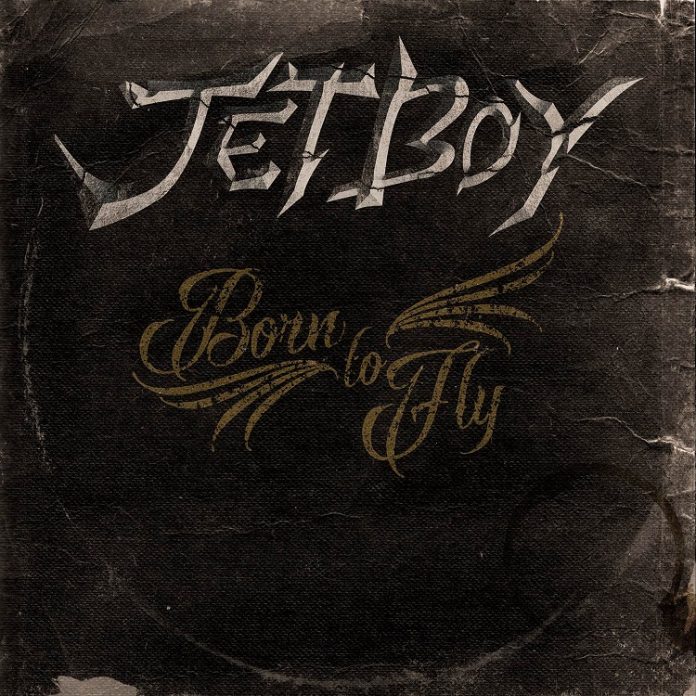 In the late 1980s, if it was vaguely sleazy, sounded a bit like Poison or Cinderella, then I was all over it, don’t worry about that.

The debut Jetboy album “Feel The Shake” was most certainly in that category (and Hanoi Rocks bassist Sami Yaffa was on it too) and it ruled.

And even better, “Born To Fly” adds to, rather than detracts from, their legacy.

Primarily, you suspect, because unlike many of these reunions, three of these were the original Jetboy boys (and former Faster Pussycat Eric Stacy handles bass admirably) and like the old sporting saying, form is temporary, but class is permanent.

Rather like the aforementioned Cinderella, take away the ludicrous haircuts (and with Jetboy they were particularly spectacular) and they had more in common with AC/DC than they did with Poison. Jetboy were a band that liked the blues and Free more than Spandex and Warrant – and that’s very evident here too.

“Beating The Odds” fair old screeches out of the blocks. To give it a modern equivalence, think Bonafide, and when Mickey Finn sings “if you say we can’t do this, I’ll prove you wrong” in the chorus, you can’t help but sense a middle finger to everyone who dared write them off.

Similarly, the title track has the same gritted teeth, the same acca-dacca strut, but the double guitar solo is pure Thin Lizzy and deserves bonus points.

“Old Dog, New Tricks” though, is the best thing here by a mile. Absolutely filthy harmonica, and a chorus that anyone would give their right arm for, it’s the work of a band who knows exactly what they’re doing.

Not that the rest of it is shabby. Far from it. “The Way That You Move Me” has the same feel as The Stones doing a ballad, and the soul-filled backing vocals elevate it to a different level. “Brokenhearted Daydream” on the other hand is a blue-collar thing that might be more readily associated with John Cougar Mellencamp, while “Inspiration From Desperation” is a stomping, stoic attack on the political classes in the US.

There’s 12 songs here and there’s not really a low point. There’s a bass groove to “All Over Again” that you can’t resist, “She” is somewhere catchier than the flu, but a hell of a lot more fun (and like a lot of them, the lyrics have a root in modern life). “A Little Bit Easy” is actually more empowering than that title suggests too.

“Every Time I Go” is another fine example of the light and shade here, a mighty fine mid-paced rocker it adds another side to the band, as does the absolutely funky blues of “Smoky Ebony” – a slice of almost Cajun tastiness.

Jetboy, though, understand that this is only rock n roll. Lucky they like it. And they end things with a working class slice of it. “Party Time” actually has a similar outlook to many of the characters in Springsteen’s “The River”, who work until quitting time on Friday and get ready to rock.

“It’s all about the weekend” sings Finn. For him, and fellow original members Fernie Rod and Billy Rowe, you guess it always was, and always will be. “Born To Fly”? Nah. Born to do this more like.