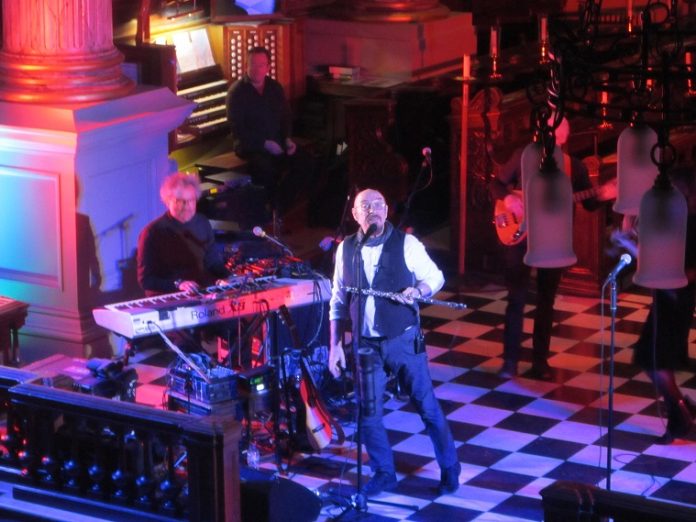 As a teenager, in the early seventies, a young lady who was the object of my desire introduced me to an album called `Thick As A Brick` by a folk rock, progressive rock band called Jethro Tull. It was a real curve ball and although the relationship filtered out pretty quickly my love of this strange but wonderfully compelling band didn`t. I must admit It wasn`t until around 1987 that I finally got to see the band live and then not again for over a decade until The Moseley Folk Festival in Birmingham. So, when I came across an announcement that the band would be performing a Christmas show in Birmingham`s Grade 1 listed baroque St Phillip`s Cathedral I had to be there. The Christmas Jethro Tull, as the show is tagged, is a very different animal to the usual Tull gig, in that there are a few Yuletide songs, Tull songs, special guests and a couple of cover numbers. The show was a benefit for the preservation of the Cathedral`s stained glass windows designed by local Pre-Raphaelite artist Edward Burne-Jones and made in the workshop of William Morris. 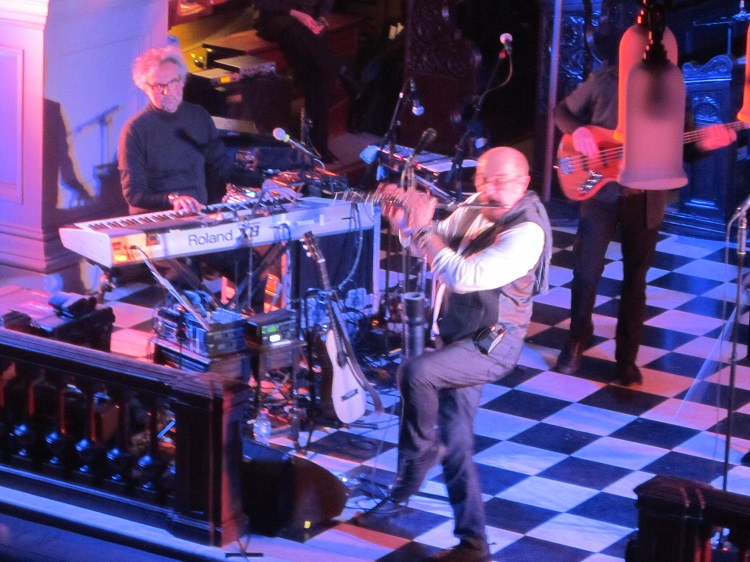 The evening starts understandably with a prayer before our compare the band`s field chaplain the Revd George Pitcher summons the Cathedral choir and the band to the stage. The show begins with a jazzy version of `God Rest Ye Merry Gentlemen` followed by a choir rendition of the sixteenth century carol `Gaudete` a hit for Steeleye Span in 1973 before the choir leave the stage. The show continues with Tull`s alternative version of `We Three Kings` called `We Five Kings` The first of the special guests, violinist Anna Phoebe comes on stage and shares a version of the David Bowie epic `Ashes To Ashes`

A song written and released as a b side in 1968 whose honest and thoughtful lyrics are still relevant today follows with `A Christmas Song` We then get `Ring Out, Solstice Bells` before Mr Anderson introduces a song that he wrote in Charles de Gaulle Airport in 1971 the wonderful `Life Is A Long Song`

The second of tonight`s guests Loyd Grossman, presenter, gastronome and musician arrives to read out a Christmas poem written by Sir Walter Scott before running through a rock out of a track sounding like `On The Very First Night` The first half of the show concludes with the wintery tale of `Jack-In-The-Green` before a jazzy version of Johann Sebastian Bach`s `Bourrée In E Minor`

The band reappear after a short interval to share a song called `Holly Herald` which is a sort of mix of the carols The Holly and the Ivy and Hark the Herald. Anna Phoebe returns to play an enjoyable Celtic / Middle eastern inspired composition called `Aboushe` A favourite Christmas song of mine `I Believe In Father Christmas` is offered up, with Mr Anderson sharing that they played this previously with composer Greg Lake in Salisbury Cathedral. We have a version of `Away In A Manger` before Mr Grossman returns and shares his 1977 punk flavoured top fifty hit `Ain’t Doin` Nothin“ a song he recorded when he was part of a band called Jet Bronx and the Forbidden. Mr Grossman has indeed played eight times at the Glastonbury festival. Another Johann Sebastian Bach composition `Toccata And Fugue` is played with guitarist Florian Opahle taking centre stage for the guitar solo. The show finishes with a couple of cuts from 1971`s album “Aqualung” with `My God` and a version of title track `Aqualung` The audience encourage the band to return, which they do for another cut from the “Aqualung” album with `Locomotive Breath` It would be remiss not to acknowledge the individual members who held tonight`s show together with John O`Hara on piano, organ and accordion, Florian Opahle on guitar. Scott Hammond on drums and David Goodier on bass. This was a very different show but hugely enjoyable and entertaining and a perfect way of furthering a very worthy cause.