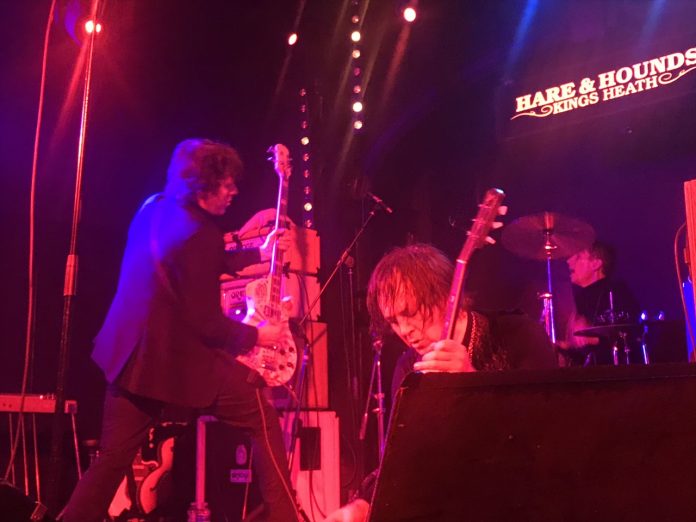 On my notes for The Great Malarkey at the end of their half an hour, I had written simply: “pleasingly unhinged.” And to be fair, that seems to be the neatest way to describe them. It was clear, pretty much, from the outset, that the London eight piece aren’t dealing conventional rules.  Urban Voodoo Machine were always going to be the obvious reference point, even before they’d done a cover of their “Orphan Blues”, but arguably they do it with even more energy. There are slide bits, brass, acoustic touches, and more than a dollop of punk – and if you don’t know what is going to happen next, then frankly you suspect the same is true of the band themselves. Alex ‘Ware-Woolf’ Gillings introduces “Gimme Sugar” with the simple thought that “it’s a belter” and she’s not wrong. The Londoners finish their half an hour with “Duck And Dive”, which has a repeated refrain of “Ain’t No Fool” and it seems to sum them up. Because, for all the antics and all the disparate sounds here, the strands all knit together superbly. 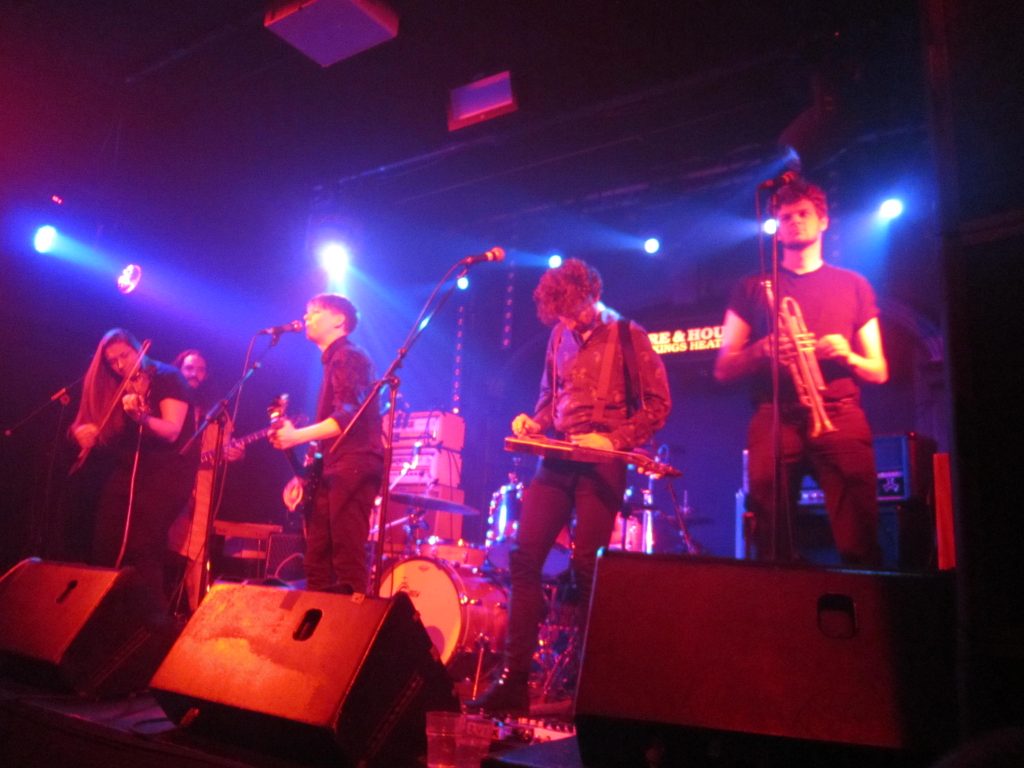 Birmingham’s purveyors of dark, nihilistic punk sounds, The Black Bombers, do things in a much more focussed way, but in their shadows, there lurks real power. The three piece is supremely well balanced and with a new EP just out, they are invigorated with a freshness here. “That Kind” shows, actually, that they’ve always had that ability to be classy, while “Rush” – a single from a couple of years back – is a real highlight. The new stuff, from “IV”, showcases how good a record that is, “Relentless” is a comment on the modern world, “Day After Day” likewise, spits and shakes with an understated menace, while “Gnarly”  is an instrumental that shows  how wonderfully effective Alan Byron’s guitar playing is. “Early Warning” ends things, and even they might be understated, there is no disguising how explosive The Black Bombers are. 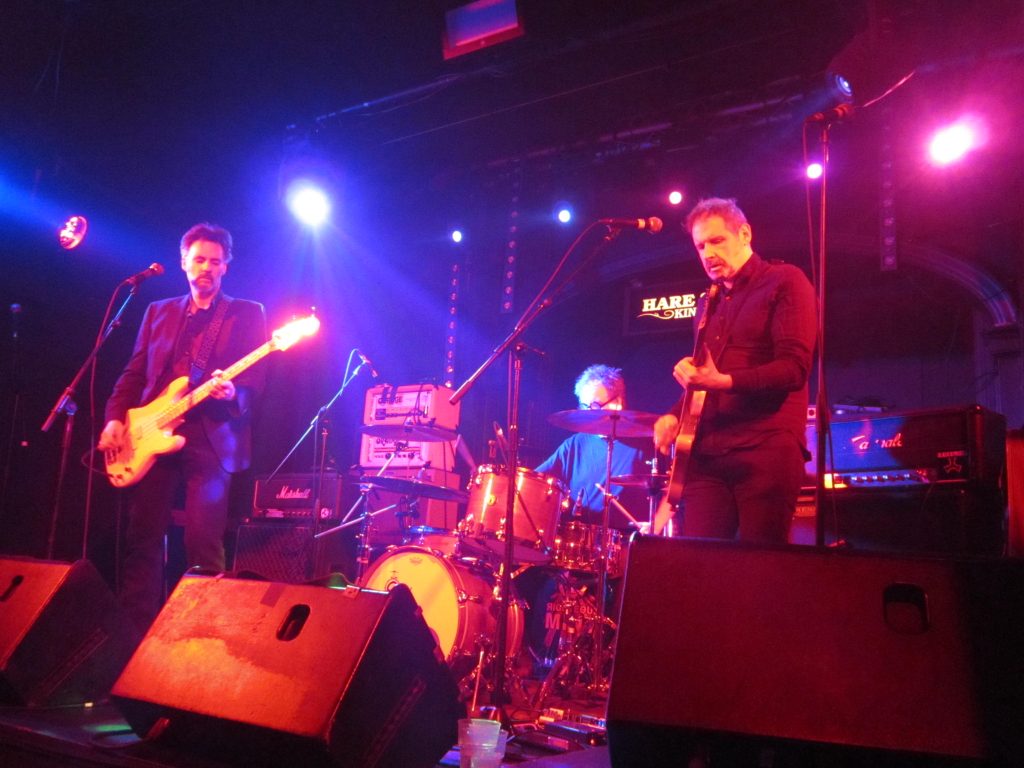 Near the end of their set tonight, Jim Jones And The Righteous Mind are ripping through  “Base Is Loaded”. Jim himself is on his knees, and the assorted band members are reaching the crescendo that this incendiary performance deserved. A little later, in what would be the encore, if they’d have been arsed with walking off to walk back on, he yells, “Fuck The Fascists!” “Fuck The Racists!” “Fuck The Sexists!” and, you think to yourself, this is the kind of show that Jim Jones was born to play.

Rock N Roll at its absolute basics and with its most primal urges on show, had been the order of the day, right from “Boil Yer Blood” flicked the switch, as it were, but somewhere along the way, this is an 80 minutes that switched gear.

It is difficult to say exactly when, it is more of a feeling that this was a Sunday night gathering of filthy, yet fire and brimstone, preaching that warmed into its groove.

“Shazam!” One of a clutch from their just released “CollectIV” record, is mighty, while any song called “Satan’s Got His Heart Set On You” (“we’re gonna do a Christmas remix, called “Santa’s got a hard on for you” for the kids, smiles Jones”) best sound like Robert Johnson is running scared from the crossroads, like this one does.

“Sex Robot”, probably, is self-explanatory, but like nearly all of them here, it sees Matt Millership on keys channel some kind of direct line to Jerry Lee Lewis. A cover of Wilson Pickett’s “I Found A Love”, in fairness, sounds like love is the last thing on its mind. There’s some deadly sins that haven’t been invented yet that this could teach you.

“Hold Up” strips things down even further, almost naked, if you like, as JJ & TRM are a capella and doing their own percussion, but it’s the amped up, aforementioned “Alpha Shit” that takes it home in style.

Never mind the sound for a sec, Jim Jones And The Righteous Mind look like you want a rock n roll band to look like. Dressed in black, they resemble like the last gang in town, and there is an air of danger about them too.  However, the music is the main thing, and on a dark stage in a non-descript Birmingham suburb, with a couple of hundred souls in the congregation, they have found their natural habitat.