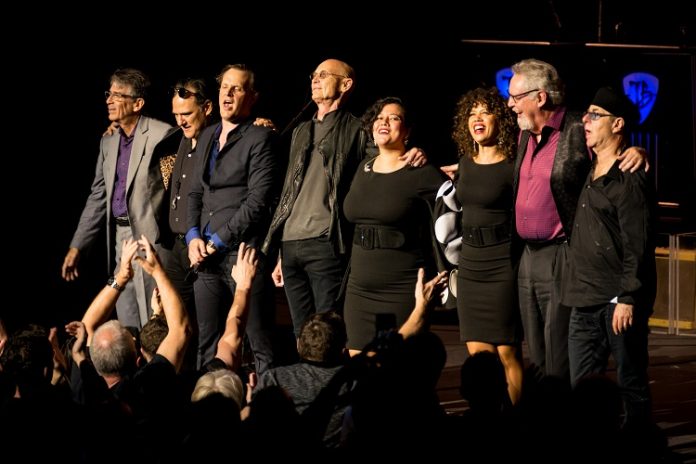 “This is the place,” says the man who referred to himself a little earlier as “Joseph Leonard Bonamassa, from upstate New York”, “this is the place, where ten years ago, I was like ‘can we pull it off?’ Then Eric Clapton sat in with us for a few numbers, and I thought to myself, ‘well, if it all ends today….at least it will stop my parents bugging me to get a real job……” 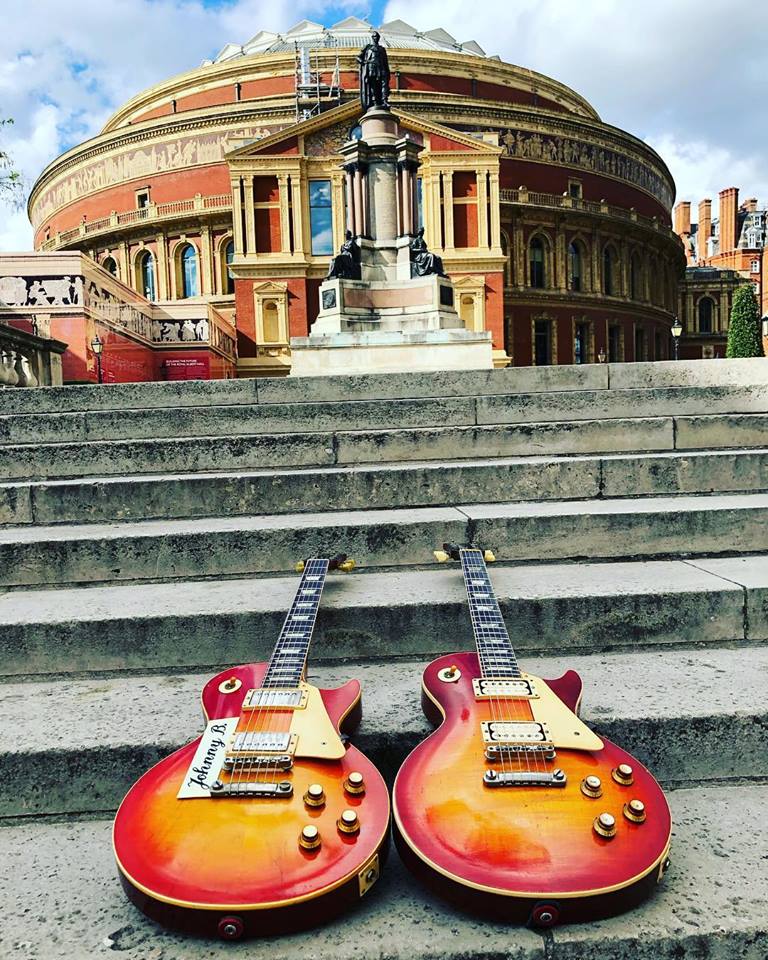 There’s no point, either in pretending that this is just A.N Other show, another gig of the thousands that Joe has chalked up. It’s not. It’s the third night of three sold out at one of the worlds most iconic venues.

It’s no exaggeration to say that people have come from all over the world to be here to witness – and more likely experience it. Downstairs, in the café beforehand, I am excitedly talking to people from Belgium, Boston in America, and Luxembourg, who are just as thrilled as me to be here. 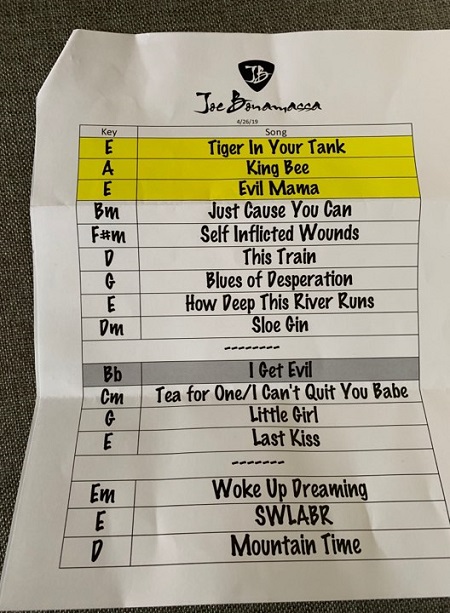 “Oh, you’re a critic, are you?” says Mike from Boston when I told him I was going to review the gig. “Of Joe?” I replied, “don’t be silly, what is there ever to criticise?”

It was a light-hearted remark, but like all jokes, one rooted in the truth.

There are certain seminal moments when you love music, certain things that – without being melodramatic – change your life. One of mine was hearing Bonamassa do “Sloe Gin” for the first time, around the time, actually, that he was about to play that RAH show and alter his own path. I went with my brother, to Wolverhampton Civic Hall to watch him, and you will never convince me of anything other than the fact that he is the greatest blues player of all time.

He plays “…Gin” here tonight. About an hour in. And yes, I am not going to lie, my mind wanders to everything that has happened in that ten years, the good and bad, and yes, you kind of pinch yourself with a “damn…..”  That’s what this song does. That’s what this music does. 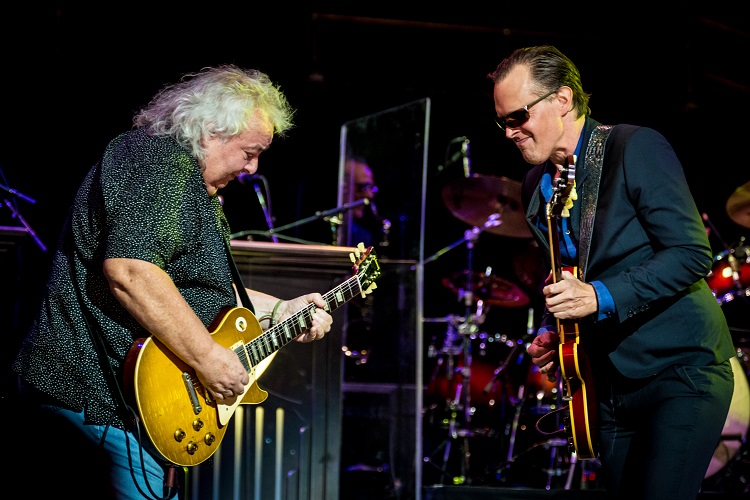 And each person here will have their own thing too. So goodness only knows what Bonamassa himself feels.

Rewind to 7.30pm and there is a palpable frisson of excitement in the room, as JB and the band he has been playing with for the last few years begin to play “Tiger In Your Tank”.

Before its done, Bonamassa rips a solo out, seemingly from his back pocket, and seemingly to prove he can, and this wonderful night is off and running.

The set, roughly speaking, is the one he’s been playing for the last few months. The next seven songs are the proof, actually, that since JB has matured as a man, then he’s matured as a songwriter. “King Bee Shakedown” is predicated on a righteously filthy guitar riff, there’s the usual homage to Led Zep at the start of “Evil Mama”, but Reese Wynans’ solo here, is worth coming for on its own.

There is so much variety here, it really is astonishing. “Just Cos You Can, Don’t Mean You Should” has a knowing look about it, like it realises you’re going to do it anyway, and its going to be fun. The backing vocals of Jade McRae and Mahalia Barnes are to the fore here and they are stunning.

“Self-Inflicted Wounds” changes the pace adeptly, “This Train” offers a kind of jazz-like shuffle, but its “Blues Of Desperation” and the even better “How Deep This River Runs” that form the centrepiece, if you like. Both are given makeovers here and take on a whole different feel from their originals.

If no actual interval happens, then it still feels like “Sloe Gin” ends part one, as it were. 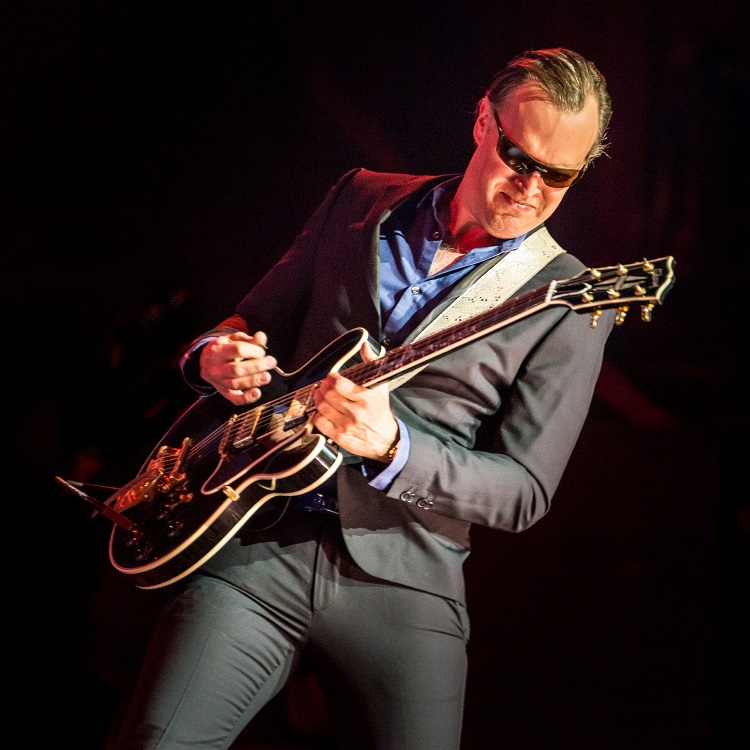 Part two is more your straight-up bluesy stuff. Bernie Marsden jams on “I Get Evil”, the horn section and backing singers disappear to allow “I Can’t Quit You Baby” almost be stripped down, in practice though, this means that “Little Girl” – a cover of John Mayall – merely sounds even more enormous when they’re all back in place. 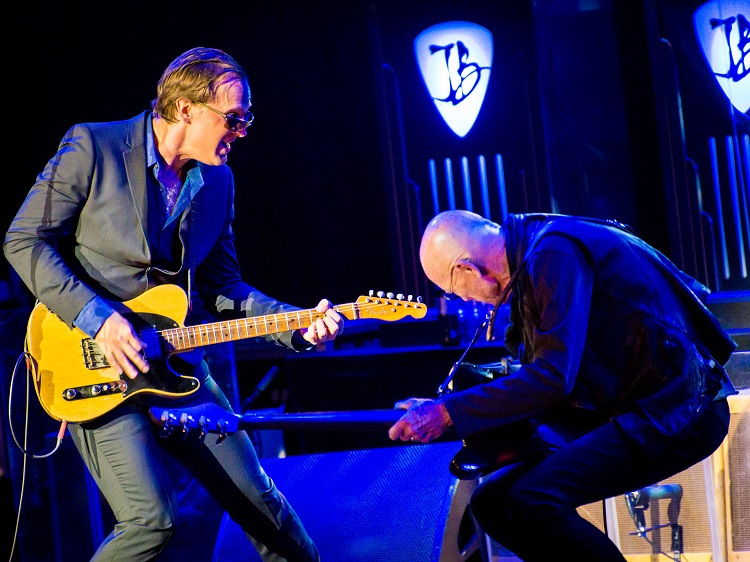 “Last Kiss” – back to the JB originals – sounds amazing in this setting, but the encore, in truth switches up a gear even from here.

To call “Woke Up Dreaming” “an acoustic rendition” doesn’t do it justice. It is a solo masterclass, pure and simple. And the look on JB’s face suggests he enjoyed it too. Then, “SWLABR” the Cream song is chucked in from left field, but is perfect, before the glorious southern rock tinges of “Mountain Time” transcend to somewhere that is genuinely unfathomable.

Almost impossible to sum up. This is a concert that managed to move people. One of the finest I’ve ever seen, certainly.

ALL OTHER PHOTOS FROM LAURENCE HARVEY