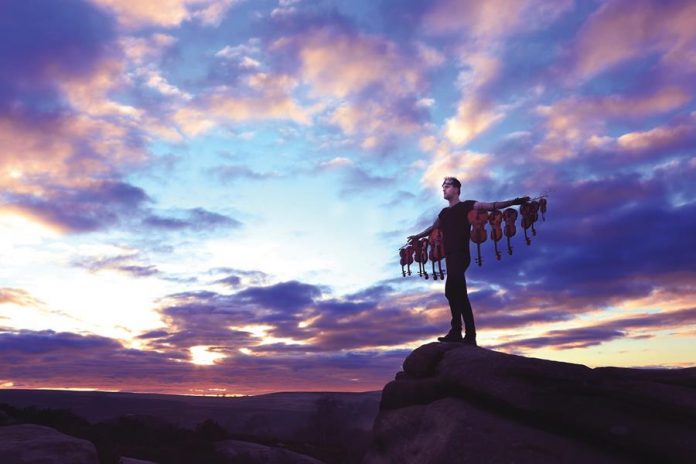 Over the course of his career, Jon Boden has become one of the outstanding performers of traditional music of his generation. In one capacity or another, he has won eleven BBC Radio 2 Folk Awards. Though widely respected for his role as a highly accomplished interpreter of traditional song, Jon Boden has a musical repertoire which extends far beyond the boundaries of just one genre. Now that the exuberant big band Bellowhead which Jon fronted has now come to a close, Jon has decided to explore a more simple, pared down sound.

You can also view a video of Jon recording this live HERE.

So, in the summer of 2016 Jon will embark on some very special solo dates, followed by his first ever solo tour.

Best known as the lead singer and main arranger of Bellowhead, after 12 years, a quarter of a million album sales, seven singles on the BBC Radio 2 playlist and selling out hundreds of venues and festival stages, Jon Boden announced in 2015 that he wanted to move on – and so Bellowhead performed an emotional but brilliant final show on 1st May 2016.

Jon says…“My first solo gig is going to be at Cambridge Folk Festival which feels very appropriate. It’s a festival I’ve played many, many times in every possible guise…as is Sidmouth Folk Festival. There’s something really special about both of them. Similarly, playing at Snape Maltings. It’s a really beautiful concert hall. I’ve done some wacky stuff there over the years. (This time) it’ll just be good to go there with a just guitar and a fiddle and see what happens..”