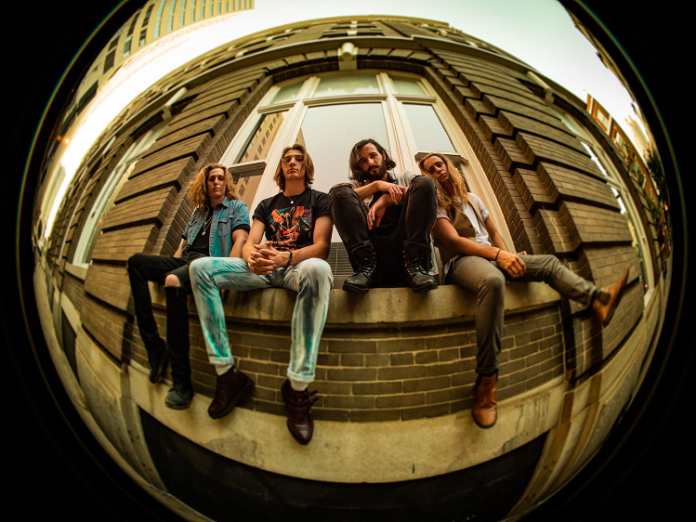 Lovely World, the melodic Rock four piece from Spartanburg, SC, has a new single, “Don’t Lay Me Down” out July 31, 2020. Some of their song themes include unrequited love, drug addiction, social afflictions and fearful political etiquette.

Lovely World consists of brothers Landon Rojas (lead vocals and guitar) and Cade Rojas (drums), along with childhood friend Cameron Smith (guitar), who formed Lovely World in 2015. These three founding members have been close friends since elementary school, jamming new school Rock with influences of the best of the 70’s. They were also recently joined by bassist Michael Gilbert.

Landon Rojas Says, “The song was written about the chaotic nature of unconditional love, “Don’t Lay Me Down” came together as a result of pure self-reflection.”

“Don’t Lay Me Down” was produced and mixed by Rick Parker and tracked at Palomino Sound in Los Angeles.