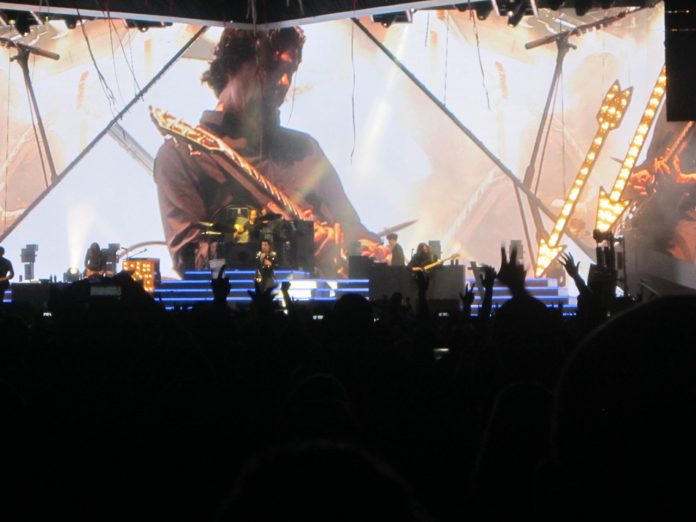 There have been a few bands that have emerged from the `Entertainment capital of the world` Las Vegas in the last few years such as Panic At The Disco, Imagine Dragons, Slaughter and Five Finger Death Punch but none that have had the worldwide impact that The Killers have.

The band formed in 2001 and now feature Brandon Flowers on vocals, Ronnie Vannucci Jr on drums, Mark Stoermer on bass and Dave Keuning on guitar. The boys have recently released their fifth album `Wonderful Wonderful`, a follow up to `Battle Born` released in 2012.

The guys have commenced a World tour to promote the album which starts in Europe followed by the Americas, Australia, and New Zealand. Sadly, Stoermer and Keuning have decided not to tour Europe but Jake Blanton fills in for Stoermer and Ted Sablay fills in for Keuning.

Tonight, was the second show in Birmingham and the guys take to the stage following a video montage accompanied by a rendition of the 1957 classic `Wonderful Wonderful` by Johnny Mathis. It`s straight into a couple of new tracks from the recent release with the thumping “Run For Cover” and the brooding disco ish “The Man” while the stage and audience are engulfed in a sort of glittery ticker tape.

The upbeat and uplifting “Spaceman” follows, before the haunting “Shot At The Night” and the reminiscing “The Way It Was.” As If the crowd weren’t already pumped up enough, Brandon sends them wild with the classics of “Jenny Was A Friend Of Mine” and “Somebody Told Me.” It`s back to the new album and the anthemic “Rut” closely followed by a song written about the 1990 fight between Mike Tyson and Buster Douglas with “Tyson vs Douglas”. The fight in which Tyson was unexpectedly knocked out in the tenth round. I suppose hailing from Vegas you can`t help being a fight fan. 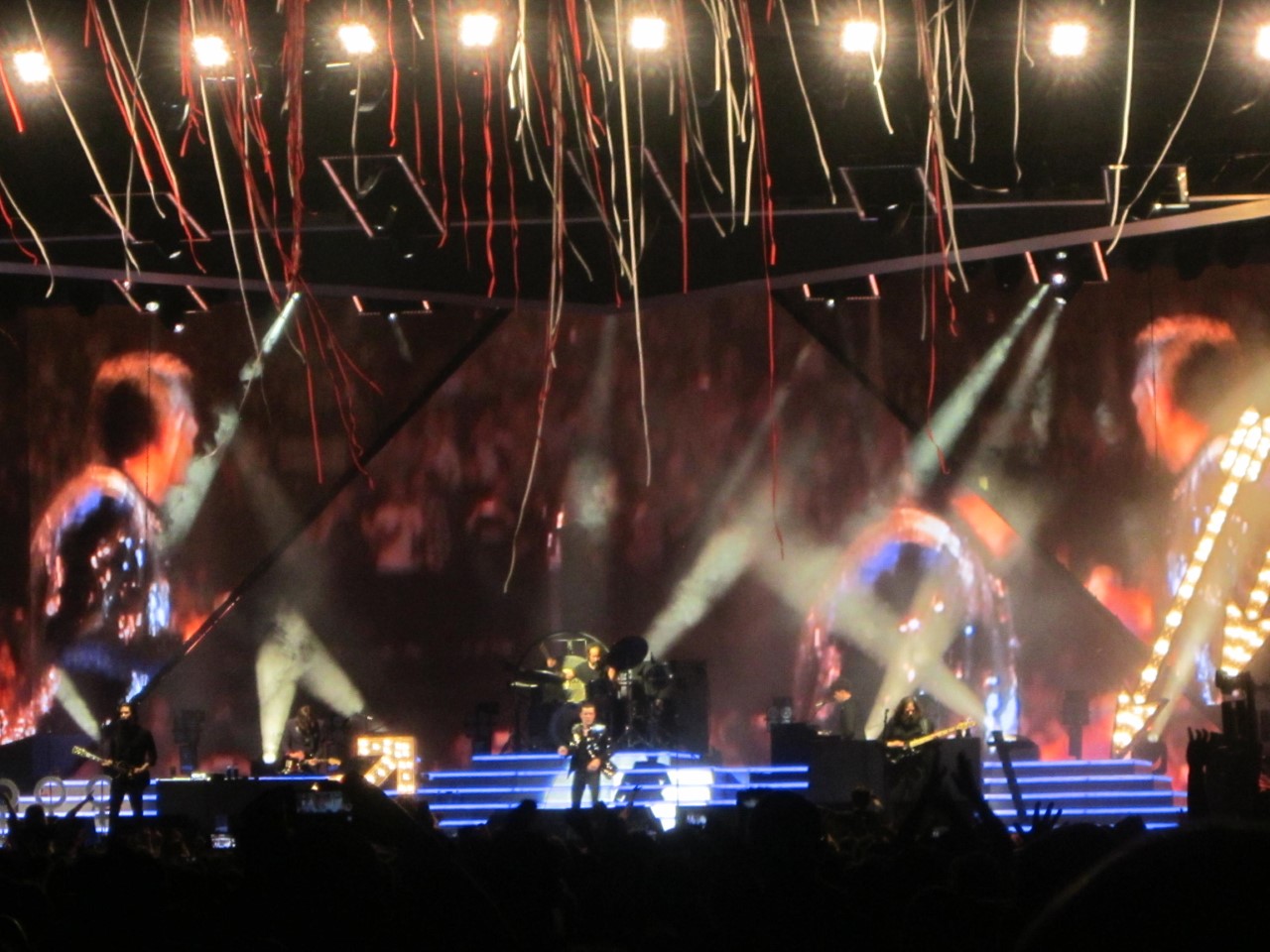 “Losing Touch” and “For Reasons Unknown” are shared before “Out Of My Mind” is given it`s live debut, quite a brave move for such an intense love song. We get another love song, this time “A Dustland Fairytale” a song written as a tribute to Flower`s parent`s marriage and lifelong romance, We are also gifted a real heart-breaking version of Colin Vearncombe`s “Wonderful Life” a real tear jerker of a song.

The set is closed out with a couple of dancier tunes with “Runaways” and “Read My Mind” before the place erupts when “All These Things that I Have Done” is played. The faithful singing along with `I`ve got soul but i`m not a soldier` as streamers envelope all and sundry. It`s not too long before the guys head back for a five song encore with “Bling (Confession Of A King)”, the celebratory “Human”, a remixed version of the debut single “Mr Brightside” an acapella version of the moving “Exitlude” and the triumphant “When You Were Young.”

This was a real cracker of a show, the fellas brought a little bit of Vegas glitz and glamour to a cold November night in England`s second city. I really feel that the band don`t get the credit that they deserve as people tend to write them off as too poppy and lightweight. But if you take time to listen to Brandon`s lyrics they are really a Springsteen for a younger generation. Tonight, these boys really made the audience smile like they meant it.