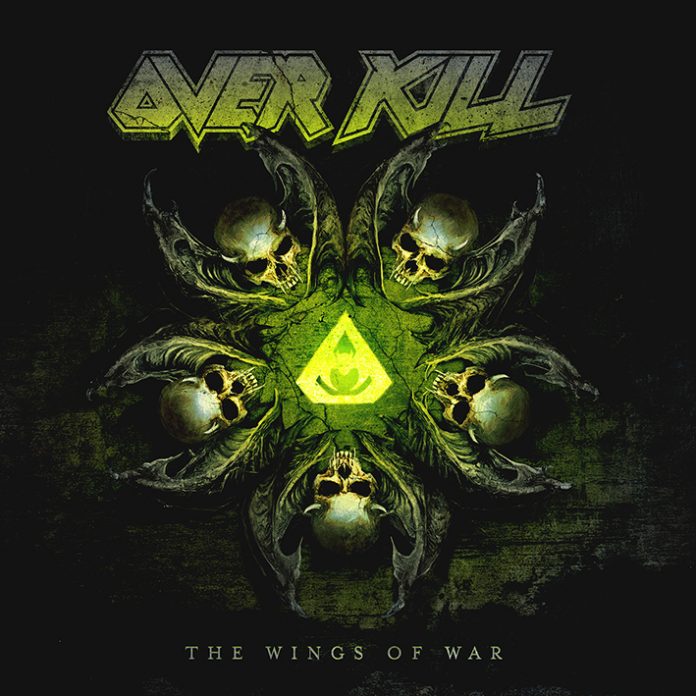 Legendary New Jersey thrashers OVERKILL will unleash their 19th studio record, The Wings Of War, on February 22, 2019, via Nuclear Blast.

The band previously announced an extended European tour due to take place in support of their upcoming studio album. OVERKILL will be joining forces with the German cult thrash metal band and label mates DESTRUCTION, legendary thrash metallers FLOTSAM & JETSAM and up and coming Australian thrash squad MESHIAAK for the ‘KILLFEST TOUR 2019.‘

Commented OVERKILL vocalist Bobby Blitz:
“ONE MORE FUCKING TIME! Let the shit fall away and the metal rule the day. OVERKILL comes to Europe in March 2019 on the release of the new album. So get your necks ready boys and girls, it’s going to be dangerous!”

Schmier from DESTRUCTION adds:
“Touring with some of the most influential American Thrash icons is always a pleasure. We became good friends over all those years, I’m happy we are ALL still around and we can thrash Europe together. Also, some of the Australian boys from MESHIAAK have toured with us Down Under before with their predecessor band 4 ARM. What an intense family-reunion…hahaha!”

Recently, the band launched the first parts of their multi-part documentary series entitled ‘Welcome To The Garden States‘:

Bobby “Blitz” Ellsworth comments, “Head of a Pin” took a long time to come together, it is probably the tune that went through the most changes and the last one I finished. Looking back on it’s development, the time invested was all well worth it. The tonality of the guitar shines on it and the song goes ‘other places’, traditional with a touch of the down-low-dirty riff, and a sing-along chorus…personally, one of my favorites offThe Wings of War.”

The Wings Of War was recorded at Gear Recording Studio in New Jersey, SKH Studio in Florida, Shorefire Studio and Jrod Productions with engineering handled by DD and Dave. The album was produced by the band while Chris ‘Zeuss’ Harris handled the mixing and mastering. Travis Smith (NEVERMORE, OPETH, SOILWORK, DEATH…) was once again enlisted to create the artwork for the album.