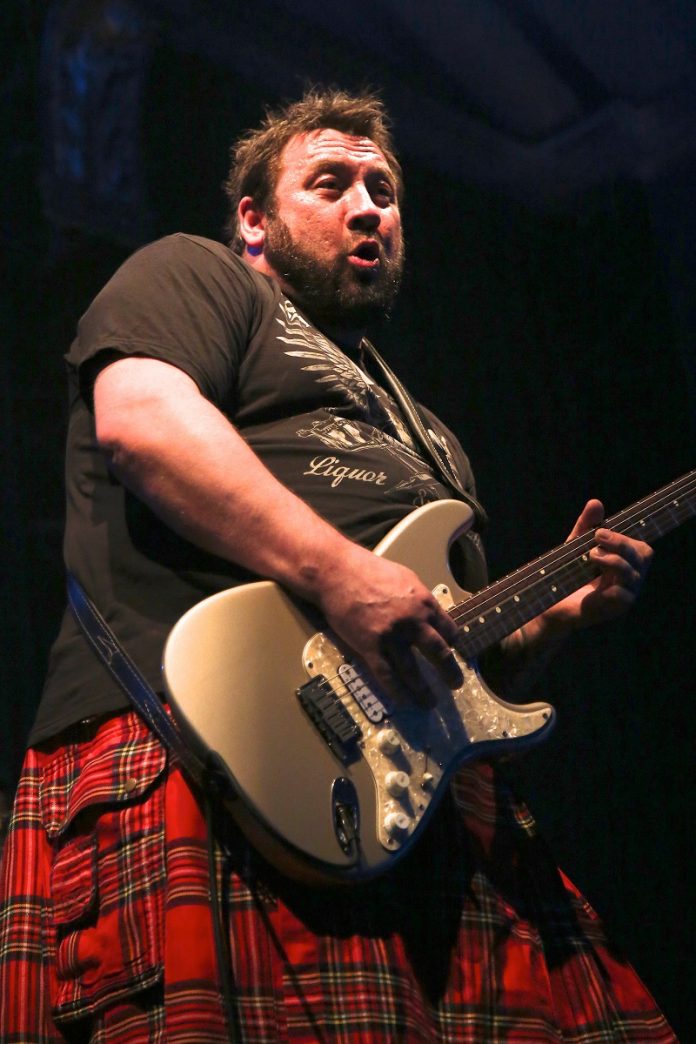 Right before Bad Touch take the stage tonight the ear-splitting volume that Audioslave’s “Cochise” is played at is a fitting tribute to the wonderful singer we lost today. Right after they’ve finished “Heartbreaker Soulshaker” their first song, frontman Stevie Westwood makes it clear: “that one’s for Chris….” he says. The awful news that shook the rock world notwithstanding there is little in the way of clouds on the BT horizon. A set that amounts to a victory lap is that of a band that is finally beginning to receive the recognition they have long deserved. There is an added something – call it confidence, call it what you like – about songs like “Under My Skin” and older material such as “Wise Water” is imbued with the slickness that only comes with being on the road. Much of the set is from last year’s superb “Truth Be Told” album, “Outlaw” casts them as the kind of band who have seen a million faces and, well, rocked them all, “My Mother Told Me” segues neatly into “Hard To Handle” (and let’s be honest here, it’s the Black Crowes version that is the starting point) and “99%” is a song so catchy they probably vaccinate for it on the NHS. In amongst all this, there are the hints as to why they are in it for the long-haul. “Take Your Time” is a slice of bluesy balladry, and the Led Zep tinges of the closing “The Mountain” are even more overt in a live setting. With new guitarist Harry Slater fitting in just fine, and now with the stagecraft to match the brilliant songs they always had, these self-styled “five blokes from Norwich” are looking ever upwards.

Sometimes it takes the blindingly obvious to smack you in the face before you see it. So it is with King King. MV has written about the foursome so many times over the last couple of years, that you would think we might have worked it out by now, but apparently not.

Towards the end of their set here they play a cover of Free’s “Heavy Load” and all that you might have loved about the band makes perfect sense in that moment. Frontman Alan Nimmo says Paul Rodgers’ boys were the band that made him want to play music for a living, and not only do his band carry on that tradition of incredible musicianship and songwriting, but they do so with a sense of humbleness and fun.

They are it seems – like Bob Dylan used to be – on some kind of never ending tour and that criss-crossing the country has led to quite a fanbase springing up (“a gang” as Nimmo puts it).

The faithful and the new boys are treated to a slightly different set to that which they played earlier in the Spring, with chief surprise being the brand-new track, “She Don’t Give Me No Loving”, which will be the first single on their new album. A straight-ahead rocker, on first listen it could sit on a Thunder record with no problems at all.

Elsewhere, all the classics (and at this point in their career that is not hyperbole) are all present and extremely correct. “Rush Hour” has become their de facto anthem, there’s that moment in “Wait On Time” where Nimmo wishes us to “have some fun this evening” and then plays a solo as if it’s the most gleeful thing in the world, there’s the genuinely uplifting “You Stopped The Rain” – tonight dedicated to Chris Cornell – and there’s “All Your Life” wherein Bob Fridzema proves he’s the finest keyboard player on the planet.

There’s way more too. The jaw dropping soloing from Nimmo – particularly on “Stranger To Love” – would perhaps be cold and clinical in other hands but not here. He has retained that everyman quality that some may lose.

“Let Love In” as ever ends the show, and like every time, it does so in a way that makes you think that, actually, whatever is happening in the world, as long as people play great rock n roll to people that love it, then there is some hope.

As always King King manage to reaffirm your faith in music. However, rather than just being four gifted individuals who have a rare alchemy as we’d always assumed, it turns out we owe a huge thank you to Free.