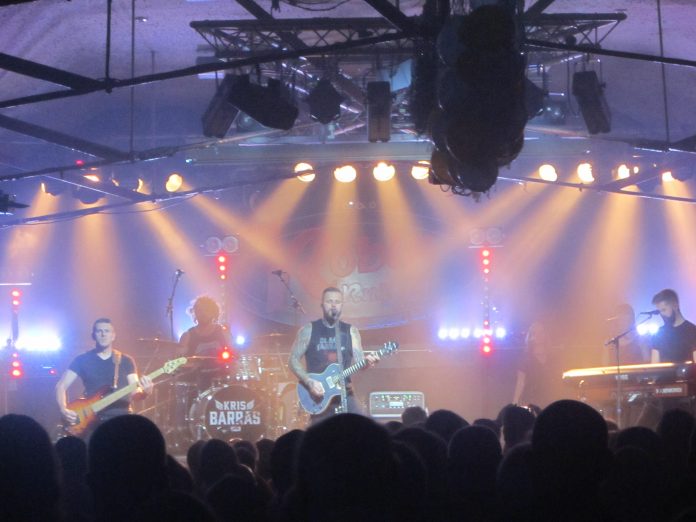 I couldn`t believe that it was over four years since I last saw Wille and the Bandits and it was here at the Robin as well. It`s a much-shortened set as the fellas are tonight`s opening act.

They have a new album “Paths”, which was released earlier this year so they can be forgiven for the fact that most of this evening`s set comes from this. They open with the rocking `Victim Of The Night` with it`s wonderful line “They say I`m batshit crazy but I don`t know why”

The sixties blended `Make Love` follows before the driving `Find My Way` and the slow burn ballad `Four Million Days` complete this taste of their cracking new album. Singer Wille Edwards tell us that the band came up from Cornwall today and are unnerved by the strange accents and lack of pasties before sharing his love of the bands he never got to see in their pomp such as Hendrix, Cream and Sabbath and plays his tribute with `1970′.

The blistering `Bad News` closes the set and the guys leave to rapturous applause from an appreciative audience. The band are back here headlining next March so keep the date free in your diary. 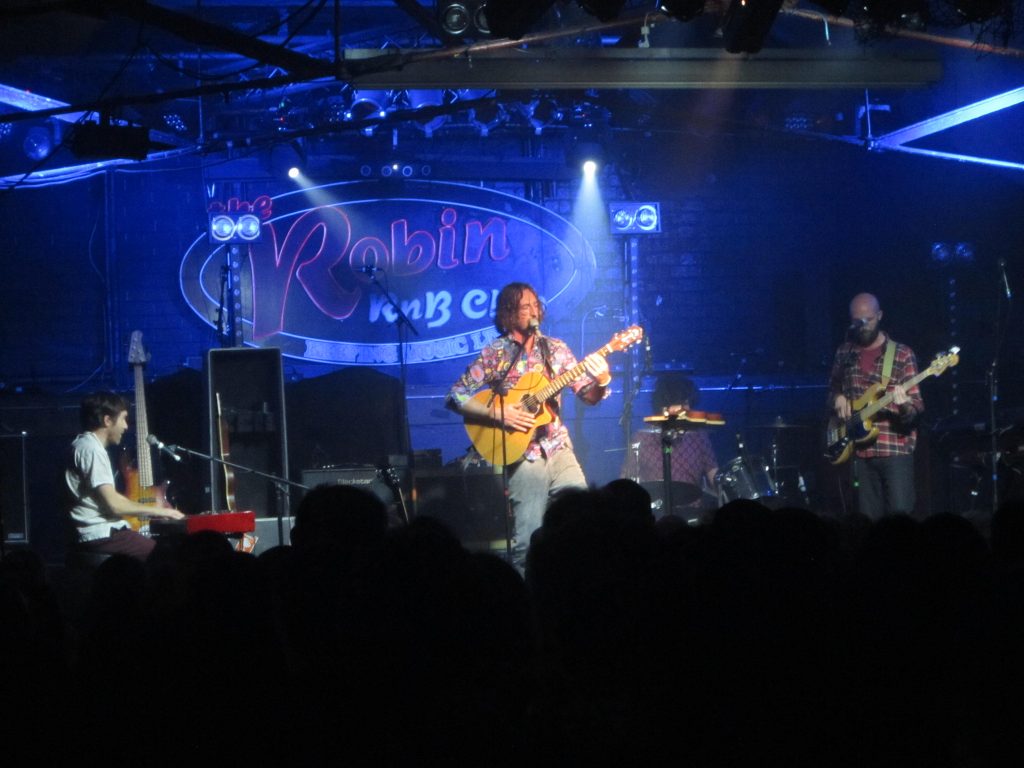 AC/DC`s “Thunder” and John The Revelator ring out as the Kris Barras Band take to the stage. Kris has a new studio album “Light It Up” recently released and the show kicks off with the title track `Ignite (Light It Up)` before `Counterfeit People` another track from the same release which has some truly wonderful hooks. Kris gets to highlight his guitar proficiency on the slow smouldering `Rock`n`Roll Running Through My Veins` and with the addition of the two backing singers it adds another dimension to this great song. `What A Way To Go`, the wonderful `I Got Time`, thumping `What You Get` and new single `Vegas Son` are shared before the band leave the stage. We get a drum solo and for me it`s a real turn off, i`m not a fan and wish these things were left where they belong, back in the seventies. Maybe it`s a personal thing but they always leave me cold.

The troupe return and songs like `I`m Gone`, `Broken Teeth`, `Not Fading` and `Devil`s Done Right` give ample opportunity for Kris to illustrate what a superbly accomplished guitarist he is but for me at times the guitar shredding went on a little too long.

Kris`s father was a big influence in his life and was part of the band before succumbing to cancer and passing away and Kris honours his father`s memory with the wonderfully emotively charged `Watching Over Me` The fabulous `Hail Mary` ends the show with Kris ending up on the drum riser and playing his guitar with his teeth.

Although suffering from a cough the trooper returns to share `Going Down’.

I last saw Kris and his band about twelve months ago in front of around a hundred people. Tonight, the place was almost at capacity over six hundred here and it`s really no surprise. He`s put in the hard yards and is starting to gather the recognition he deserves. He played the Robin as support to Steve Nimmo in his formative period and I really would be surprised if he`s here again as I`m sure a much larger venue awaits. As his new album declares in its title “Light It Up” well he certainly did tonight in this little piece of The Black Country.