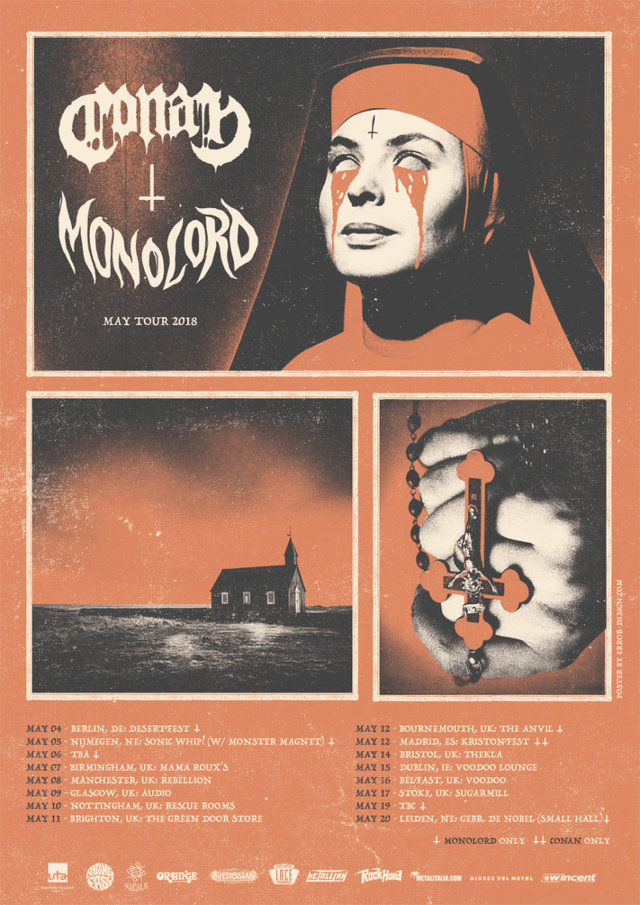 Gothenburg trio MONOLORD team up again with UK caveman battle doom outfit CONAN to bring heaviness to the UK and Ireland starting in Birmingham on May 7, 2018.

Prior to that MONOLORD appear at Desertfest Berlin and Nijmegen with Monster Magnet and end in Leiden, Netherlands on May 20th, 2017.

The band previously released the title track, which also features John Gamino (Mondo Drag) on keyboards and Trevor Church (Beastmaker) playing a guitar solo at the end of the tune. Hear and share “Rust” via YouTube.