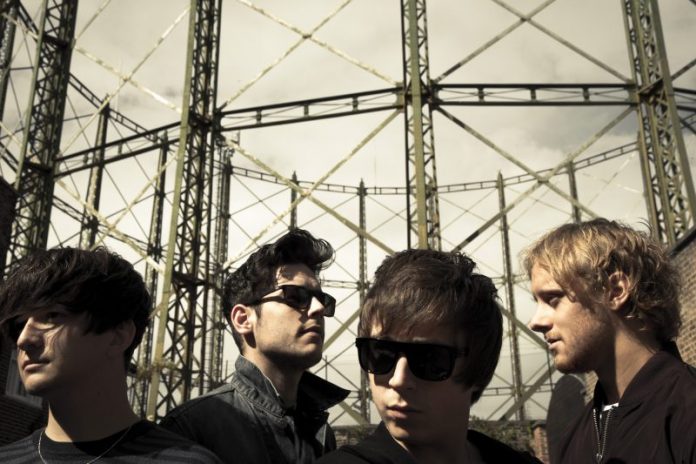 Cheshire Alt Rockers, The Luka State, are starting 2017 with a bang with the infectious, anthemic Lies, Lies, Lies.

Driving guitars and a raw intensity are the perfect backdrop to lead singer Conrad’s rousing vocal that rallies against us acting like sheep in the face of popular spin.

Lead singer Conrad Ellis said about writing the track “The song is about my disgust at this ‘post fact’ world we live in. It’s not about any specific event like the lies around Brexit or Trump, but more the fact that people have too much trust in the media.”  He continues “we just swallow it down, with a warped interpretation that suits our own needs. Without even realising it we all want the world to be better but for own selfish reasons.”

The video was filmed by renowned cameraman Francis Coppey, who took a break from working on an arabic version of Game of Thrones to shoot the video and directed by the band’s long-standing creative director Jim De Whalley.  The latter has directed all their previous videos including the 2million+ viewed 30 Minute Break starring British actor Thomas Brodie-Sangster (Love Actually, Maze Runner, Game of Thrones).

Lies, Lies, Lies precedes the band’s new album which will be released in summer and follows in the footsteps of the critically acclaimed The Price Of Education mini-album.   The guys will once again be self-producing the album, but with a little help from Chris Sheldon (Foo Fighters, Feeder, Biffy Clyro) and Dave Eringa (Manic Street Preachers, Wilko Jonson, Idlewild).

The band have being having a ball in recent months by playing at Fan’s House Parties on a very intimate tour which kicked off in Paris and has seen them taking over living rooms, kitchens and barns across the UK.  Now they have confirmed a string of dates to support the release of the new single.  Here’s the remaining places where you can see them early in 2017:

For tickets go to www.facebook.com/TheLukaState

Not content with putting the finishing touches to their forthcoming album and playing special gigs on their Fan’s House Party Tour, The Luka State are showing support for fellow upcoming bands in their new Youtube TV Show LISTEN TO THIS.

It’s caught the attention of BBC Introducing with Rob Adcock saying “It’s an amazing idea. I wouldn’t expect anything less from these boys. Quality to see bands helping each other. Do us proud!”

Lead singer Conrad Ellis said of the show “It’s about doing the job MTV can’t be bothered to do anymore, and doing everything we can to put rock’n’roll back on the agenda. There’s amazing bands in every city in the world, but if you just listen to the charts you’re only going to be spoon fed Katy Perry and Justin Bieber clones!”

Launched in November, a new episode is released every Wednesday at 7pm on The Luka State’s official Youtube channel and features 5 of the hottest new bands around.