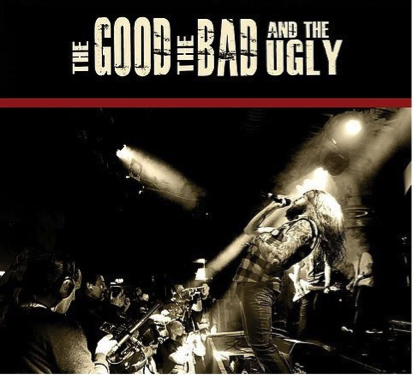 ‘The Good The Bad And The Ugly’, originally released on CD in 2015 in limited quantities, has been upgraded and bolstered with additional content, to be made available only via the official Massive Wagons Bandcamp page:
massivewagonsrocks.bandcamp.com

Featuring a mammoth 18 tunes, the tracks have been compiled by the band to provide a comprehensive overview of their formative steps. Additional content comes in the form of a bonus video for fan favourite ‘Fight the System’, explanatory liner notes and bonus images.

Guitarist Adam Thistlethwaite explains:
“By mid-2015 we had written our next album and were already filling the live set with the new material, but due to financial limitations we knew it would be later in the year before we could record a new album.
Not wanting to lose the momentum, and also knowing we were moving on into a new era of the band, we put together a compilation album of ‘early’ material. Taking select tracks from our first two albums, (at the time, Fire It Up was out of print and unavailable), using both live and re-mastered studio versions we put together a physical only disc titled ‘The Good The Bad And The Ugly’, released November 2015. Here is the first digital release of that 2015 compilation album. We’ve added 2 unreleased recordings and a totally unreleased video from our 2014 Hard Rock Hell show.”

The tracklisting for the album runs as follows:

To compliment the release of the album, a limited edition T shirt is also available featuring the album artwork. Again, this will be exclusively available via the official Bandcamp page.

Both the album and the shirt are available to Pre-Order now via
http://www.massivewagonsrocks.bandcamp.com