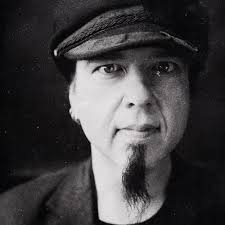 Donnie gets the opportunity to chat with LA rock legend Jim Wilson about his new band Motor Sister and his varied history with Sparks and Henry Rollins to name but a few.

Rock stars come in all shapes and sizes.  The normal rule applies for interviews that the bigger the star they are the less you will get out of them.  If that were true then Motor Sister vocalist/guitarist Jim Wilson would be a complete unknown.  However, anyone with any rock credentials knows who Jim Wilson is.  His back catalogue of work which include his awesome band Mother Superior, his work with the legend that is Henry Rollins, the insanely creative duo Sparks, Daniel Lanois, Iggy Pop, Alice Cooper etc etc etc.

Jim can now count Anthrax‘s Scott Ian, his wife Pearl Aday, Joey Vera from Armored Saint and drummer John Tempesta from The Cult, as bandmates in his latest venture to bring the hard rock sound of Mother Superior back to the masses via the medium of Motor Sister.

Whether Jim was well into his stride, from a morning of interviews already, by the time he took Maximum Volume’s call or whether it was his first call that day he was firing on all cylinders  and ready to talk music.  That’s all Maximum Volume wants to do.  Let the talk commence.

We just got back from New York where we’ve done a whole week of press for the record.  We also did some radio shows like the Alice Cooper show, Eddie Trunk show and we also did our first live show and it went so well.  We’ve all been talking about taking it some more places and we are shooting two videos for the album.  They will be just performance videos like old school Van Halen promos!!

They filmed us while we were recording the album but we were concentrating on what we were doing rather than performing. They have the footage though so that can be integrated with the performance stuff I guess.  We also get to play in L.A. and San Francisco straight after the album comes out which is great.

As for the summertime everyone has different schedules but we will try and work something out and hopefully play some shows somewhere and try and do as many as we can do. We’ve been getting a great response from the UK and everyone is asking when are we coming there.

Well, there’s a few festivals in the summer in the UK that may fit in with your schedule

This band is something a bit different from your average supergroup.

Exactly.  The only reason it happened was because Scott and his wife, Pearl (Aday), came to our early shows back in the day in L.A.   I saw Scott at Mother Superior shows before I was introduced to him.  I remember we did an American tour and we were in Denver, Colorado and Scott came to the show and we were all saying “Hey, the Anthrax guy is at the show again!!” so I knew he was listening and after a while I gave him some demos and we kept in touch and began hanging out.  Whenever he was in town we would go out for drink with him and Pearl and me and my wife.  We’d have dinner and then end up back at my house or Scott’s house with music on and talking about Thin Lizzy!!  Then we’d get the guitars out and teach each other riffs.

That’s right.  We’ve been finishing up her new album, which I co-wrote the songs on with her.  We sing really well together and that’s not something you get very often.  When voices blend you have to pay attention to that.  When Motor Sister came around  I tried to get her to sing more but she said “you’re the lead singer in this band” and that gave me a lot of respect and made me feel good.

The balance is definitely important.  I’ve just finished reading Mick Fleetwood’s autobiography where he talks a lot about the chemistry and musical compatibility between Stevie Nicks and Lindsey Buckingham.

After a recent show a friend of ours pointed out things that I’d never really thought about and one of those things was Fleetwood Mac and also Jefferson Airplane in terms of the female vocals.  There’s a need for me to have a girl singer in the band, but not just a singer but someone who adds to the sound.  You can go back to Thin Lizzy or Lynyrd Skynyrd that would sometimes use girl singers.  Humble Pie for example had female backing singers at one point.  We welcome it.  It’s also why Joey (Vera) and John (Tempesta) fit in so well, as Joey had mixed a few tracks and mastered a few Mother Superior albums in the past and he’s been a big supporter of the band.

Mother Superior released about 8 albums in little over 12 years.

Yeah, we did.  We also made a couple of albums with the Rollins Band.

That’s right.  Get Some Go Again was a masterpiece.

That’s great.  Thanks man.  I still really love Get Some Go Again and it always brings a smile to my face.  It had an innocent charm to it  but full of rock riffs. It never came out on vinyl and I would love to put it out and have it.

The next album Nice I like but I think there was maybe too many cooks on there.   We recorded so many songs that I think the songs seemed to be more novelties.  Perhaps keeping with the punk ones would have been cool.  I don’t think that album holds up quite as well as GSGA.  There was a lesson learned though as it was the first time we were working with a record label who were making choices and you tended to trust them as we were getting cheques for our work in the Rollins Band and that was one of the first times we were actually getting paid.

On the subject of vinyl I hear that you are a big lover of the format.

I have a sickness!!  I’m sitting in this room surrounded by vinyl and I’ve been looking around as I’ve been talking.  When I’m on tour I get to pick up vinyl from record shops all over the world and I manage to get some crazy stuff.

Everything is coming out on vinyl again now.  Most of the classic bands, like Iron Maiden for example, are doing vinyl re-issues of their back catalogue.

I love that,  I was in Canada not long ago and I went into the HMV store and they had all the Maiden albums on vinyl and I though how cool is this?  Underneath that they had lots of Kiss re-issues and actually I’ve just ordered the first three Thin Lizzy album on re-issue.

Andy, here at Maximum Volume, is working his way though the Thin Lizzy vinyls as well.  So much so that the cd’s hardly get played anymore.  Of course with Ipods you can listen to music whenever and wherever you like.

Good man.  Yeah, I love cd’s as well.  If just for the fact that it’s another format, almost like a master copy.  At home though I just like the ritual of putting the vinyl on and drinking some whiskey!!

Of course!! Also you can’t just skip tracks like you can with Ipods or cd’s.

Absolutely.  If you don’t like side one then you only have side two.

Part Two coming up on Friday. Don’t miss it.