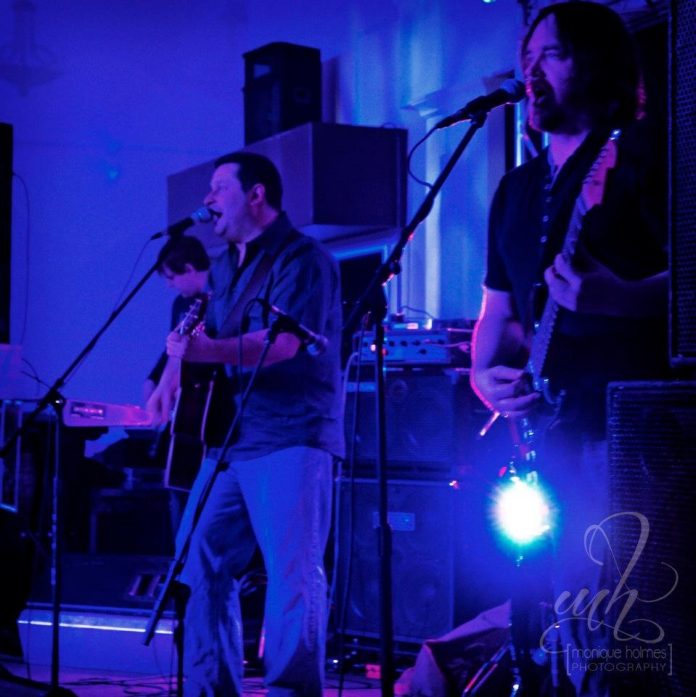 In the second part of our interview with Machine Dream singer and bass player Craig West, we talk about funding records in the downloading age and why he wants YOUR lyrics.

As Canadian prog band Machines Dream get set for the imminent release of album number two “Immunity,” thoughts turn to the simple economics of the thing.

As much as bands like MD are in music for the love of it – all the band have jobs and in part one of our interview singer Craig West spoke with such passion about music that it left you in no doubt these guys are fans first – this particular ferryman needs paying.

So just how do you do it in the internet age, when if you wanted to, you could go online and find just about any album ever recorded free of charge, no matter how many file sharing sites are closed down?

It’s a question that is increasingly vexing bands across the world. Yet for the innovative, there are ways. Wildhearts singer Ginger reckons he’s making more money from music sales than ever now he’s gone down the fan funding route, and for Machines Dream that was the only option.

The band want “Immunity” to look as good as it sounds, the CD needs to be properly manufactured, so West had no choice but to put in the public’s hands: “Let’s say it’s going to cost us two thousand pounds to physically manufacture a run of CDs,” he says, helpfully putting the question into an English context for MVM.

“Our band pays this out of our own pockets, and then we try to recoup that money from sales. Like a lot of groups, we make music because we love doing so, but we don’t have any financial backing other than ourselves.”

The band decided to team up with the Fundervine website – and their fans responded in their thousands. The target was soon met, indeed exceeded, and Craig reveals with a huge smile that the CD was sent for manufacture last week.

Whereas for most bands releasing the record would be the end of the process, not so for Machines Dream. For them it’s the start of the journey. Craig is firm for the only time in our conversation when explaining his aim: “It’s our hope is that over the course of time we will build relationships with fans of progressive music.

“We want more and more people to get to know us, get to trust us, and be comfortable pre-buying music, so we can afford to make it. In a lot of ways that means that we’re trying to build an audience that is also our record company, our co-producers, and our inspiration.”

And Machines Dream are backing those words up literally. As part of the new album, they are offering fans the chance to provide their own lyrics to be put to music by the band. A great idea, yes, but West is quick to stress that it is far from a gimmick: “This idea came about because we have a lot of extra and unfinished music laying around,” he says.

At this point the likeable music enthusiast had a lightbulb moment: “We were throwing ideas around,” he admits. “And knowing we have some extra music with no lyrics, I suggested we get someone else to write the words, and we’ll fit them to music. I write plenty of lyrics, but I also enjoy working with other lyricists.”

Indeed there have been collaborations before on Machines Dream records, with Craig adding: “If you look at the credits for our first album, and for Immunity you’ll see some of the lyrics are credited to a fellow named Chris Belsito. He’s a singer/songwriter who has been a friend for many years. I enjoy having him throw me words, because it gives me a fresh perspective. If it works with Chris, why not try it with a stranger?”

After all as West rightfully points out: “Not everyone plays an instrument, or writes music. A lot of people write poetry or lyrics however, so it seemed like it would be a fun thing to do.”

Fun, certainly, but fun with a a deadly serious point according to West: “It comes back to us trying to build a direct relationship with people who love progressive rock, and being the kind of band they want to support.”

To get involved in the the competition head to www.machinesdream.com

Immunity will be released later in the Autumn.