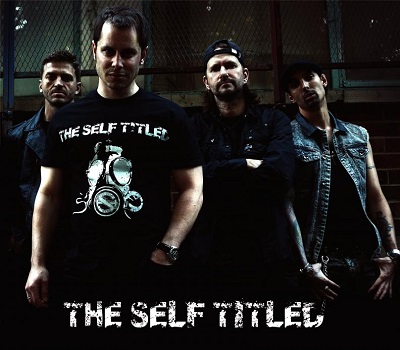 The ups and downs of life  on the road – literally. As MVM meets a very nervous The Self Titled

The Self Titled’s Drummer Paul Brander looks a little pre-occupied. In fact, to be exact, he looks positively worried. He sits checking his phone, along with a couple of his bandmates, guitarist Daz Towner and singer Neil Dean, on a wall outside Scruffy Murphy’s in Birmingham, where his band are due to play in a little over three hours.

The reason for the bitten fingernails, though, is not so much to do with pre-show nerves and more to do with the fact that the other two members of his band, Rhythm man Jim Tebbs and bass player Steve Saunders [Saunders left the band just a matter of days after this show – Ed]  are stuck on the M1 – and to make matters worse, the guys have got the back line with them. This has meant some frantic telephone calls, favours being called in and the supports tonight sorting the equipment out. “It was bloody daft to bring everything up from Kent,” he smiles ruefully.

Actually, it’s been a case of every silver lining has a cloud for Brander’s men recently. On one hand there was a headlining performance on the New Blood Stage at Bloodstock, but on the other TST were slated to play both the Rock And Metal Circus and Alt-Fest, which have both gone south in recent weeks, a fact which is irking all concerned: “A load of shit,” is Brander’s rather succinct take on the matter, while the ebullient and friendly singer is a little more forthcoming: “That’s two festivals that we’ve had pulled from under us recently,” he states. “It is, in the words of Malcolm Tucker, a catastrofuck.”

Thick Of It lines aside, there is more to this than just losing the chance to play a couple of shows. Missing the gigs has upset Brander on a personal level: “We knew most of the bands on the bill,” he explains. “It would have good to have a piss up and catch up with some friends, never mind…..”

To paint a brighter picture, away from concerts going tits up there is much to be optimistic about for The Self Titled. The band have recently inked a deal with a new Manager, in Anna Di Laurenzio, and they are pleased to be part of the ADL stable (which also includes hard rock stalwarts Voodoo Six), with Brander explaining: “She’s been fantastic and the manager we have been looking for and have needed for a while.”

To fully explain this statement you need to know the history of TST. Brander formed the band years ago, before putting them back together in 2010 (“we wanted to take it as far as we could.”) Since then they have gone through more members than might ordinarily be deemed sensible. So many men have made up this group, it seems that everyone has lost count. “Three singers, as many guitarists, a couple of bassists, and that’s just for starters,” is the best they can manage when pressed.

The reasons for this, according to the trio that are here, are because the rock n roll lifestyle that attracts many, is very different from the reality of being in a band that operates at this level. Paul Brander puts it thus: “Loads of guys come in thinking, ‘yeah I’ll have a bit of this’ then they find out that it’s not glamorous, there’s booking gigs, there’s travel, there’s having time off work. At the level we are at it has to be running through your veins, it’s got to be a laugh, and you’ve got to be in it because you love it, because it’s like a real job.” “Yeah, a real job that takes money from you,” chips in Dean, chuckling.

The singer is a relatively recent recruit to TST himself – having been in the band for just four months – and is the only member of the trio that MVM is talking to that does have a “proper” job. Towner reckons he’s “taking a career break and concentrating on the band,” and Brander himself will only say that he “isn’t working at the moment.” For Dean this balancing the needs of a nine to five presents particular issues: “My workmates take bets on what colour my hair will be on a Monday,” he laughs. Presently it’s purple, asked why he says simply – with, we presume, tongue firmly in cheek – “yeah, because I haven’t washed it since Bloodstock.”

The only thing that Dean appears to be remotely serious about is music. He speaks passionately about both his devotion to Mike Patton: “I love his work, I just love the way he’s prepared to do anything with his voice so long as it works” as well as his admiration for punk rock. Clearly a deep thinker about his art, he explains at length that he feels that what let’s punk down is elitism: “There is a certain sort of snobbery, who can be part of a movement, punk and metal is part of the same thing, I mean thrash is just metal stripped right down to its punk core,” he reasons.

The presence of Neil Dean, together with the presence of a new desire to stretch themselves as far as they can, looks set to infuse TST’s new material. The band are set to record a new album in early 2015, with a new single “Airlock” due to drop at the end of this month, and they assure us we can look forward to a new, fresh sound. Part if this is down to Dean who admits he comes from a different place to his new band: “I bring a sort of Pantera, Killswitch type of vibe,” he explains, “I bring more metal to things.” Brander, though, argues that this is a natural progression. TST’s debut record “Defaced” was rooted in a very British rock sound, but according to the drummer, it was never meant to be this way: “I won’t criticise the record because we are proud of it, but it wasn’t completed in the way we wanted it. It was never intended to be a classic rock album.” This one, he promises, will be heavier: “We want it be less rock and more metal.” 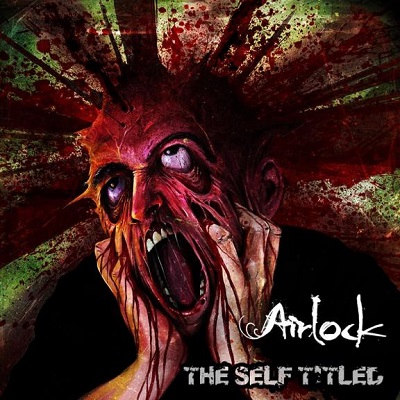 Another change the band have made is that, for this new record, they are writing as a group. Brander shines a light on the process with the former incarnations of TST by explaining: “I am the only founder member, and in the past it might have well have been called Paul, but these days all of us are chipping in with some ideas, it is very exciting.”

With that – and with confirmation that the missing men are going to make it in time –  thoughts turn to the upcoming live gig. The band are realistic about where they are: “We want to make a noise that makes us proud,” says Towner, firmly. ” We’ve had some bad gigs, but you’ve got to have the bad ones to appreciate the good ones.”

Live, you suspect, is where this version of TST currently shine. Fast forward to show time and the five piece, now all present and correct, deliver an incendiary performance, and one which sees Dean live up to his promise of a few hours before. Responding to the question: so Neil, what do you bring to The Self Titled? He answers in one word: “Insanity,” behind the mic later, he appears to be almost daring us to disbelieve him.

On the tiny Scruffy Murphy’s stage, the pent up frustration of the cancelled shows, the six hour journey and the desire to have a good time all come out in a glorious hour, if they can take this energy forward into the new recording, then they could well have something special.

As Dean observed himself: “Sometimes rock is a slow burner, it just needs one person to pick it up and goes massive.” Whether or not TST are that band remains to be seen, but one thing is for sure, given their history it won’t be dull.