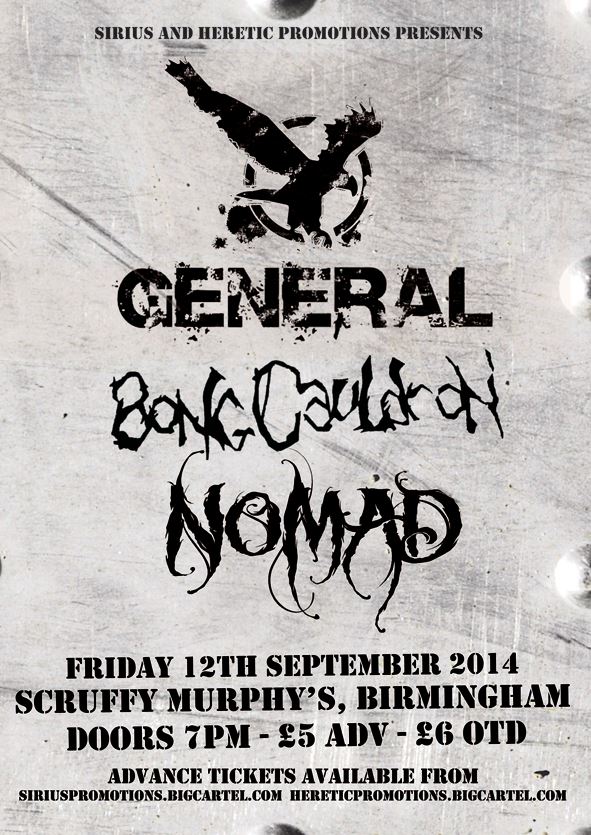 The band may have been one of the country’s best kept secrets until now, but they shine live – certainly on the two occasions we’ve seen them anyway – and have been building a respectable fan base in the UK, USA, Germany, Greece, Italy and the Netherlands thanks to the sheer quality of the music featured on their debut album “Where are your Gods now?” and video promos such as those for the singles “Bullet Train” and “Monkey City”.

The band shot to prominence with a UK tour with the mighty Marylander’s Clutch after being personally in asked onto the UK leg of the tour. The invitation came after a chance viewing of the “….Train” video by Clutch’s management team.

Now they are ready for album number two, and after a hometown show in Coventry last week, following on from a series of shows with My Ruin throughout August, they are back in Birmingham this weekend with Bong Cauldron and Nomad in tow for what should be a fantastic night.

In addition, we will be talking to frontman Graham about the bands future plans – and this is the first interview General have given for the new record.