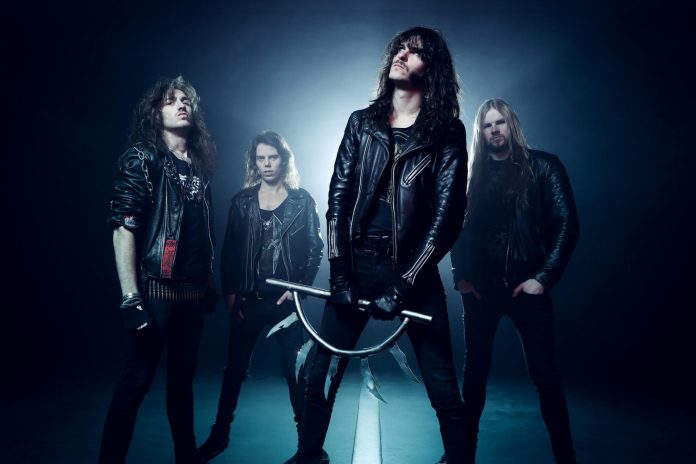 This brutal attack of an album will be released worldwide on September 29th via Napalm Records and has so much to offer!

If you weren’t excited already, the band has another special treat! Today EVIL INVADERS release their first video from Feed Me Violence for the song “Mental Penitentiary“.

Joe commented on the first track:
“One of the faster songs on the record and definitely one of the coolest tracks we’ve written so far!  Pretty intense lyrics, which are definitely worth checking out! The mid tempo part in the middle gives a nice contrast with the fast shit that’s happening before and after. Making this video was compulsive endless lunacy! Fortunately only the camera guy got injured…”