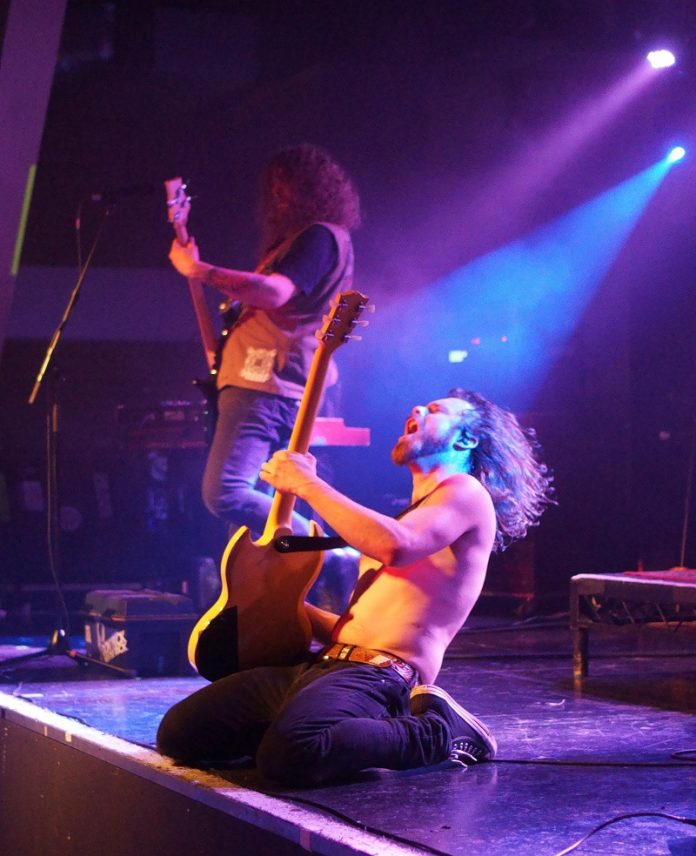 For a band so unconventional, there is something pleasingly old-school about The Picturebooks approach. The German two-piece work on the principle that word of mouth is the only way to build a fanbase, and their frequent visits to this country have done just that. This is roughly translated as: they are superb live. Their records are great – new one “Home Is A Heartache” was out just last week and is one of the albums of the year so far – but live? Well, live they are incredible. They harness something primal. The near instrumental “Cactus” is pretty much a call to arms, while “Wardance” is aptly named. The reason they are so captivating is pretty simple. This is them. Who they are and there is nothing contrived about any of it. “Zero Fucks Given” is not just one of their song titles, it is a mission statement. Afforded 40 minutes here, “I Need That Oooh” is basically the sound of lust, put to music. That music is interesting too, because it really doesn’t sound like anyone else. Drummer Phillipp beats his kit as if he’s punishing it and guitarist/ vocalist Fynn only deals in the mighty. There’s a smattering of stuff from their debut record too, with “Learn It The Hard Way” especially impressive and by the time they end with “Your Kisses Burn Like Fire” there are surely 500 more won over to the cause. They will be impressed with the power, the intent and the sheer will here, if nothing else. The Picturebooks are less a band, more a force of nature. 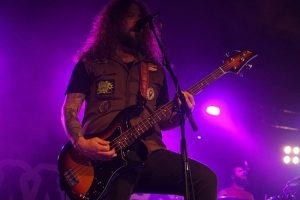 Word of mouth is something that Monster Truck know all about too. The Hamilton, Ontario quartet have toured with a who’s who of rock, and each time they’ve been back on their own they’ve done so to ever-bigger audiences. This gig is sold out as if to prove the point.

Which means that the question posed in the opening track is rather redundant. “Why Are You Not Rocking?” is daft to ask when everyone is, but it is merely one of many timeless rock n roll moments here.

Another, “Don’t Tell Me How To How Live” is perfect for this rock n roll vibe, but where MT score over so many bands is that they can slow things down with the bluesy pair of “To The Flame” and “For The Sun” and not lose any momentum. This is even true of the soulful “Black Forest” which sees the keyboards of Brandon Bliss really to the fore.

Largely though, tonight is a night for wild rocking – and that is just guitarist Jeremy Widerman, who is in charged up mood. The serious point here, though is surely that everyone in Monster Truck must sense what is happening to the band. Namely that are thousands of miles from home and being greeted like heroes.

The wonderful “Sweet Mountain River” and “New Soul” give way to an encore which, even by the standards of what happened before, was rather special. 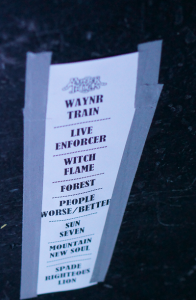 “Call it A Spade” is groove filled and swings harder than a wrecking ball, and brings an exultant shout of “get your blue suede shoes on!” from singer Jon Harvey, who also dedicates the party filled “Righteous Smoke” to St Paddy’s day and there’s still time for “The Lion” to see people lose it one last time.

This is the only time tonight where they face any adversity.  Widerman has to swap guitars mid song, and in that moment you can see why Monster Truck are right on the cusp of their moment . Other bands might panic. Only one as steeped in rock n roll would grin and carry on. These four understand that live music doesn’t need to be perfect, which is why they so extremely good at it.

And it’s also why bigger venues await as the seemingly inexorable rise of the Truck continues.