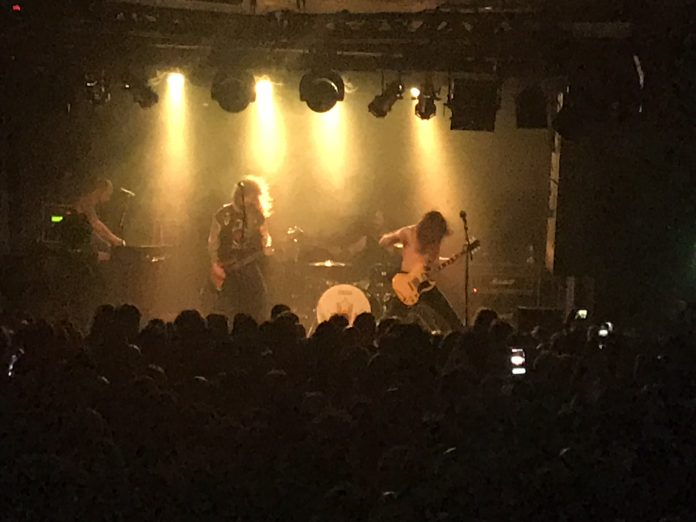 However many gigs Royal Tusk have played and will play in their career, I’d doubt whether they’ve ever had to have a ten minute hiatus in one because two fellas (and believe me, having seen it, they were old enough to know better!) decide to have a scrap at the back by the sound desk. But nonetheless, that’s what happens to the Canadian’s tonight. However, while – self-evidently – it disrupted the momentum a little, what can’t be denied is that Royal Tusk have a real quality about their work. Something of an unknown, on these shores maybe, that’s going to change on this evidence. Opener “First Time” is a real statement, “Curse The Weather” likewise. Their sound, which is something akin to the riffery of the headliners mixed with something a touch more modern, appeals to everyone here. “Reflection” builds nicely, “Stowaway” is a real highlight – and seems to rather excite at least two in the audience. When they return it’s with “Cochise” but their own “Aftermath” is much better, and showcases exactly why you should expect to see a lot more of Royal Tusk. 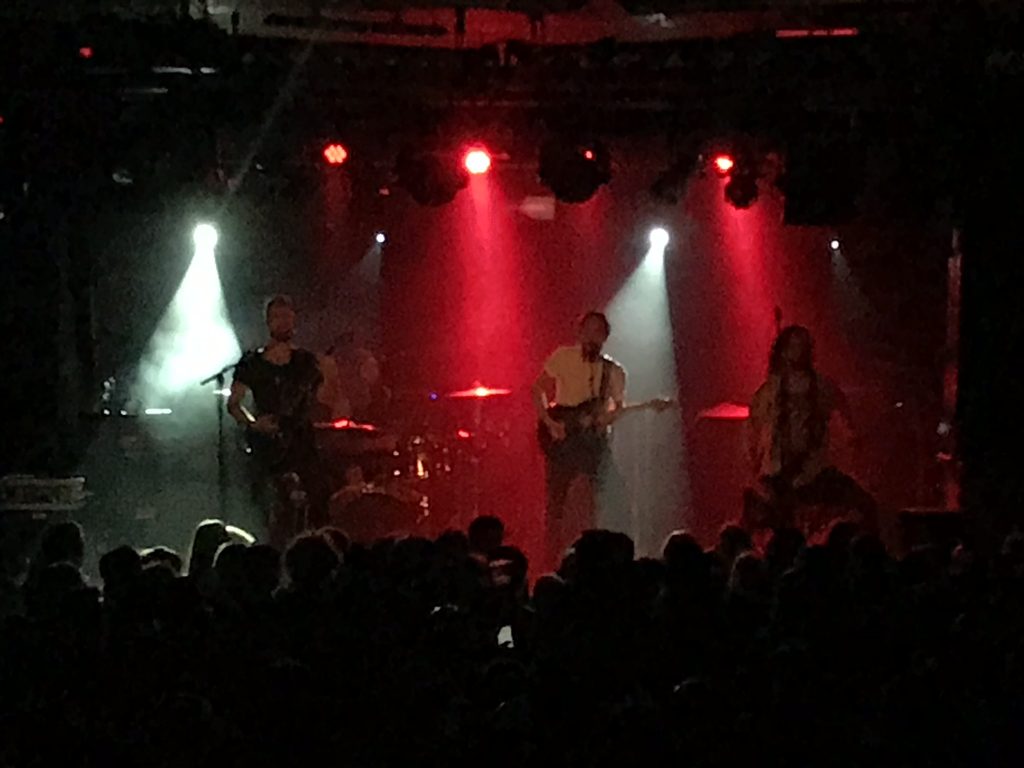 Overblown heavy metal herbert’s Manowar are playing the big room at the Academy tonight. The True Rockers, though, are crammed into the Academy 2 for this. Something real, something tangible and something brilliant – and without a shit song about dragons and dungeons, or a leather codpiece in sight.

And when Monster Truck play “True Rocker” tonight, and Jon Harvey sings the line: “I know who I am” then so do we: the singer in the finest pure rock n roll band on the planet right now.

It’s barely six years since Truck released the incredible “Furiosity”. They supported Vista Chino on their tour in 2013, and me and another bloke were the only ones who appeared to know any of their stuff when they played around the corner from here that night.

Fast forward to 2019 and they’re an arena rock band in waiting. It’s that simple.

The first three, actually, are all you need to know as to whether these are your boys too. “The Lion” – from that debut – “Don’t Tell Me How To Live” , a statement of intent from their second record and “Devil Don’t Care” a bluesy slice of class from last years “True Rockers”. That’s them. That’s what they do.

They’re onstage for 80 minutes, and it is basically a sweaty whirlwind. You know those shows where you go? “That bit dragged?” this is not one of those.

“Thunderstruck” essentially explains why. “1985” goes the repeated chant at the end, and you know what that means, right? We discovered music for ourselves, Facebook didn’t exist, and word of mouth meant actually telling people. That’s how Monster Truck have done it. “Be so good they can’t ignore you” sounds like some bullshit meme, but its also how you build a sustainable music career.

Likewise, “Evolution” – a room shaker if ever there was one – is fists in the air, middle fingers skyward, loud and proud, and unashamed. If this had a flag it’d wave it.

There is nuance here too, “For The People” is country tinged, and their use of Brandon Bliss’ organ is as good as anyone’s in the history of rock. This however, doesn’t need to be over-analysed, you don’t need to know why “Old Lion” and “Sweet Mountain River” are incredible, just that they are. and I’ll never forget me involuntarily shouting “yes!!” to a room of silence back at that Vista Chino show when they played “…River”. There’s no silence here.

Which is why you can safely say that although Monster Truck’s rise has been rapid, it isn’t anywhere near done yet, and why when they play “Why Are You Not Rocking” it sounds like an order rather than a request.

I remember telling people years back that Monster Truck were like “Clutch with an organ” and I stand by that up to a point. What they’ve also done, just like Clutch, is do it on their own terms, and their rise and rise is predicated on one fact alone: they have a collection of brilliant songs that they were born to play live.