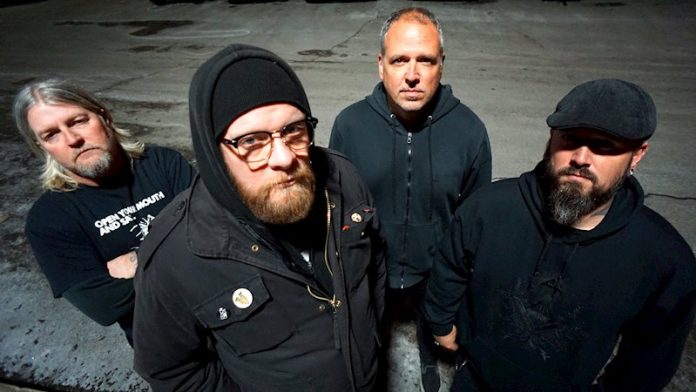 Maximum Volume Music is delighted – no make that thrilled – to be premiering the new track from The Slurs.

Their debut album “Shatter Sessions” is out on Friday 8th Feb and we rather liked it, saying: “So shout it, and shout it out loud. Say it clear. The Slurs are magnificent” when it was reviewed the other week, so just get on it.

Formed in 2015 by four veterans of the Milwaukee music scene, The Slurs deliver straight up rock and roll as it should be: loud and sleazy. On their upcoming album, Shatter Sessions, the band’s sound is reminiscent of the Stooges, the MC5, and AC/DC. They also draw comparison to the punk-influenced rock and roll of Electric Frankenstein, the Candysnatchers, and Murder City Devils.

From the ragged howl of Slash Me to the shambling, drugged-out love story in Something for Pain, this is rock and roll – cooked down and mainlined.