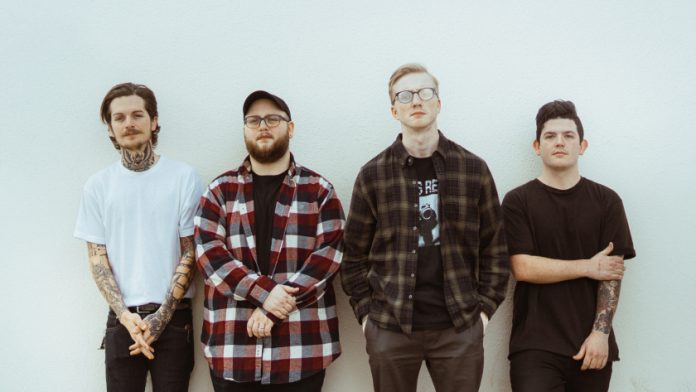 Recent SharpTone Records signees, the critically acclaimed Orange County based alternative rock band COMMONWEALTH, have granted MVM an exclusive. Here, you can see speaking about the themes of the new album and their musical inspiration.

The album is now dropping on the 18th of this month, there’s
been a few delays due to the singer’s health which the band detailed over on their Facebook page recently.

Founded in 2016, Commonwealth is made up of vocalist Tyler St. Clair, guitarist Brett Chiodo (ex-Movements), drummer Bryce Evenson and bassist Richard Friedrich. The band describes their sound as “honest music for the worn out soul,” that’s conveyed with a subtle, ethereal style of post-rock infused alternative musicianship with melancholic, whimsical lyricism and poignant vocal delivery. Energetic enough to remain catchy and engaging while somber and sobering enough to speak through to the listener’s soul, Commonwealth are a unique band built on a platform of authentic passion, appealing to fans of atmospheric post-hardcore, pop-punk and alt-rock all with one sprawling, all-encompassing dynamic.