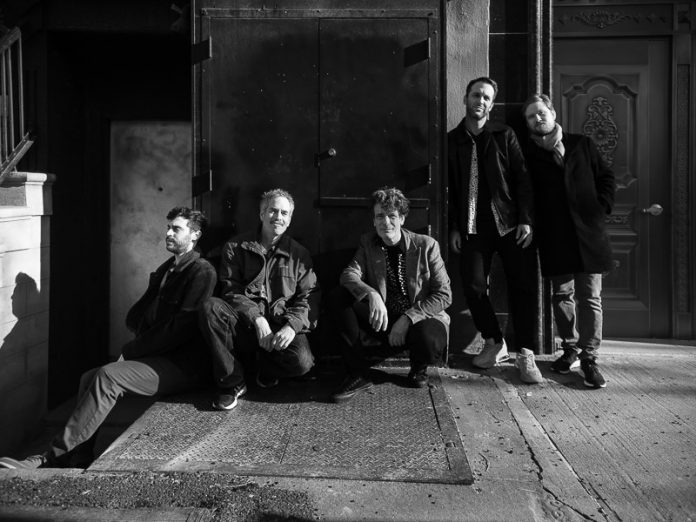 We are absolutely delighted to host our latest track premiere today, as NYC rockers, The Shrieks release their latest tune. The title track of their new album, out in May.

The Shrieks are a New York City rock and roll band coming for your head. Building on the grand tradition of bands like the Ramones, Grand Funk Railroad, but above all the Rolling Stones, they seek to rain down high energy music across the city. This is a band of consummate professionals share a goal of crafting original music and unify listeners. It builds on frontman Luis Accorsi’s unique life experience as well as the magic of the Big Apple. With an electric live show and songs to match, The Shrieks are on pace to take on the globe.

The bands story starts in 1977 when the Italian-Venezuelan Luis Accorsi formed his first band, Janz Kappela, who were perhaps the first punk band in Venezuela. From there life took him to New York City where he launched a career as an art dealer and played countless shows at the legendary CBGB’s with bands like Manslaughter and Cracked Latin. He had become a fixture of the scene. In 2014 The Flux Machine –  was formed, bringing Accorsi back to the heart of New York City’s thriving rock and roll scene. A few years later this would evolve into the musical entity now known as The Shrieks. They would release their debut record, 2017’s Chaos Road followed up by Toxygen in 2019.

Looking forward, The Shrieks are preparing to release a new album, entitled “Ode To Joe”. It’s a grand and ambitious record posing deep questions and searching for answers. Drawing on everything from ancient problems to the burning of Notre Dame it is a truly deep and thoughtful offering from the band. Accorsi’s massive catalog comes to life with the group as they move forward in crafting some of the most interesting rock music to emerge from New York in years. If you want to delve into a rock and roll party… have we got the band for you!