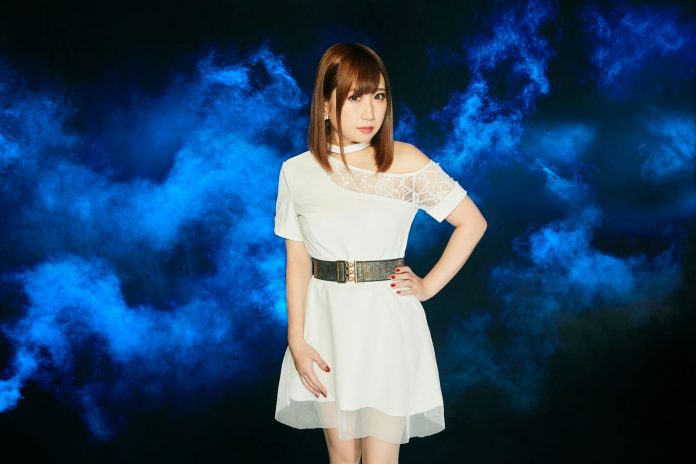 Last month, Lovebites, the Japanese heavy metal sensation,  released their new album. We liked it. A lot. In fact, in my review, I said: “Lovebites don’t deserve to be almost dismissed as “Female” anything, but in the context of everything else, this might just be the finest metal album ever recorded by an all-woman group.”

Which it really is.

So it seemed perfectly natural to sit down with their drummer  Haruna, for the latest in our series where we ask someone famous to trawl through their musical history.

What was the first single you ever bought?
It was “Giri Giri Chop” by a Japanese band called B’z. It was the opening single to an anime called Detective Conan – it was the first time an anime theme song had a big impact on me!

And the first album?
B’z the Best “Pleasure”! It’s a collection of the band’s best singles to celebrate their tenth anniversary. This was my catalyst for getting to know B’z more deeply.

Who were your favourite band as a kid?
Can you guess? It’s B’z! They were all I listened to from my years in elementary school right up to high school.

What was the name of the first band you were in?
It was a band called The Shizuoka Metal Ensemble Company (Shizuoka Koutetsu Gassou Dan, or just Shizutetsu for short). I first started getting into playing music when I began listening to metal, so I joined a metal session band.

And do you remember the first song you wrote?
Yes, when I was 14 years old my parents bought me a keyboard so I recorded and made many songs around that time. I still remember most of these songs now.

Where was the first gig you played?
It was a battle of the bands show held at Shizuoka City Hall, I entered with a metal cover band I was in.

What was the best gig you played?
Bloodstock Open Air 2018! Suddenly the schedule changed and we were rushed to perform on the mainstage. It was the best gig experience of my life! We were outside, with beautiful scenery and an amazing crowd. I was so happy.

Which of your songs are you most proud of?
Bravehearted. This was one of the first songs we made as LOVEBITES, so it’s very memorable for me and I’m always happy to play it as part of our set.

Who are your favourite current band?
I love Kamelot, Sabaton and Queen. I have every Kamelot album and love every era of the band, I’m always listening to them. Recently I’m into Sabaton after seeing them live and enjoying their show, and recently I’m listening to Queen again after watching Bohemian Rhapsody and watching lots of videos of Freddy performing on stage.

What was the last album you purchased or streamed?
Queen Bohemian Rhapsody. Although I’ve been listening to Queen since I was a kid, the recent film and everyone talking about them has got me returning to their music. So I bought the album to listen to them again.

Finally, if you could put a fantasy band together, who would be in it?
Roy Khan from Kamelot on vocals, Tak Matsumoto from B’z on guitar (of course) and Steve Harris oF Iron Maiden on bass, plus me on drums so I can be with them! The melodic, interwoven sounds of Matsumoto-san’s guitar, played with a Japanese taste, mixed with the voice and lyric style of Leo Khan and Steve Harris’ unique bass style – I’d have so much fun playing drums in that band. I’m excited just thinking about it!