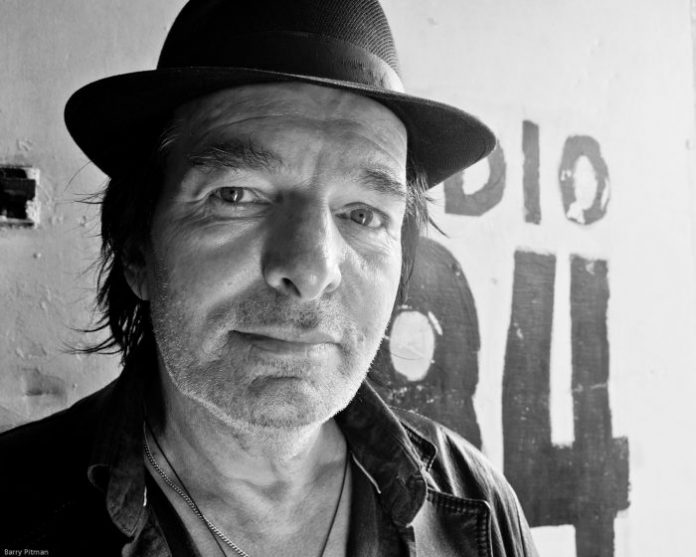 James carved a name for himself in British rock’n’roll history by forming the legendary punk band in 1976, penning the first ever UK punk single ‘New Rose’, his dynamic songwriting and incendiary guitar driving the first ever UK punk album Damned Damned Damned, leading the band through a successful US tour – other first for UK punk! – and a second album Music For Pleasure before quitting.

During the 80s James achieved more international success alongside Dead Boys frontman Stiv Bators in The Lords Of The New Church. It was only when the Lords folded that James found time for his first solo album, recorded with bassist Alan Lee Shaw, from his late 70s band Tanz Der Youth (and also a Damned alumnus), and drummer Malcolm Mortimer, his old friend from his earliest band Train aka Taiconderoga. Released on French label New Rose (wonder where they got that name?), the album has long since been out of print.

Now repackaged as a limited edition 180g vinyl LP, Brian James features a rerecording of his debut single ‘Ain’t That A Shame’, live favourites ‘You Try’ and ‘Slow It Down’ and his own version of the Eddie Cochran classic ‘Cut Across Shorty’. This new version also adds two bonus tracks: ‘Pretty Lil’ Girl’ and a cover of The Shadows hit ‘F.B.I.’.

A true journeyman of rock’n’roll, James’ career – and loud guitar! – have taken him from early 70s proto-punk, through punk, post-punk and goth, seeing him sought out by the likes of Iggy Pop and featuring in the Transatlantic rock’n’roll supergroup The Racketeers alongside Wayne Kramer (MC5), Duff McKagan (Guns N’Roses) and Clem Burke (Blondie). Currently working on his autobiography, James is available to be interviewed about all this and more!