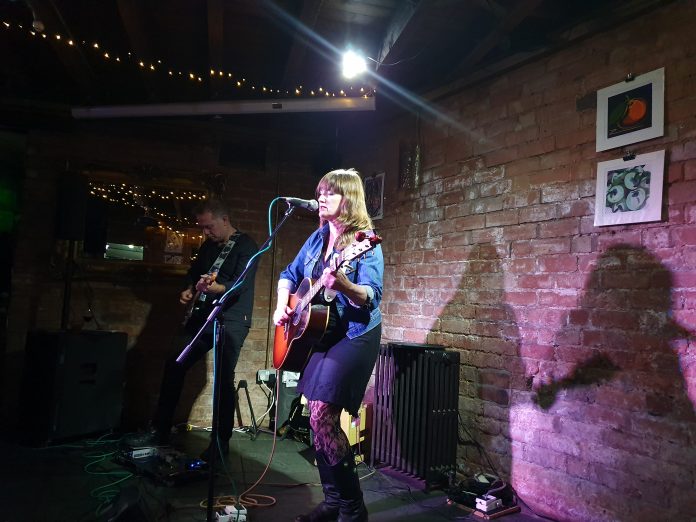 To look at Matt The Electrician, with his grey beard and denim jacket, two things spring to mind as a first impression. First, I’m jealous because his facial hair is better than mine and second, you sort of expect him to be in a biker rock band a bit like Clutch. His sweet vocals and somewhat whimsical takes on the every day, then, are perhaps something of a surprise. The patch on the back of his jacket tells a story. Thank you, it says simply. The song is a new one he’s just released, written about the plight of migrants and refugees, and it is superb. Older material such as “Got Your Back” and “Hold On” stands up alongside it too – the former even having a spot of carefee whistling. A cover of Paul Simon’s brilliant “American Tune” does tthat justice too, proving perhaps that the fact he left his job as electrician behind nineteen years ago (“my daughter had just been born, it seemed like the responsible thing to do”) wasn’t such a bad choice. 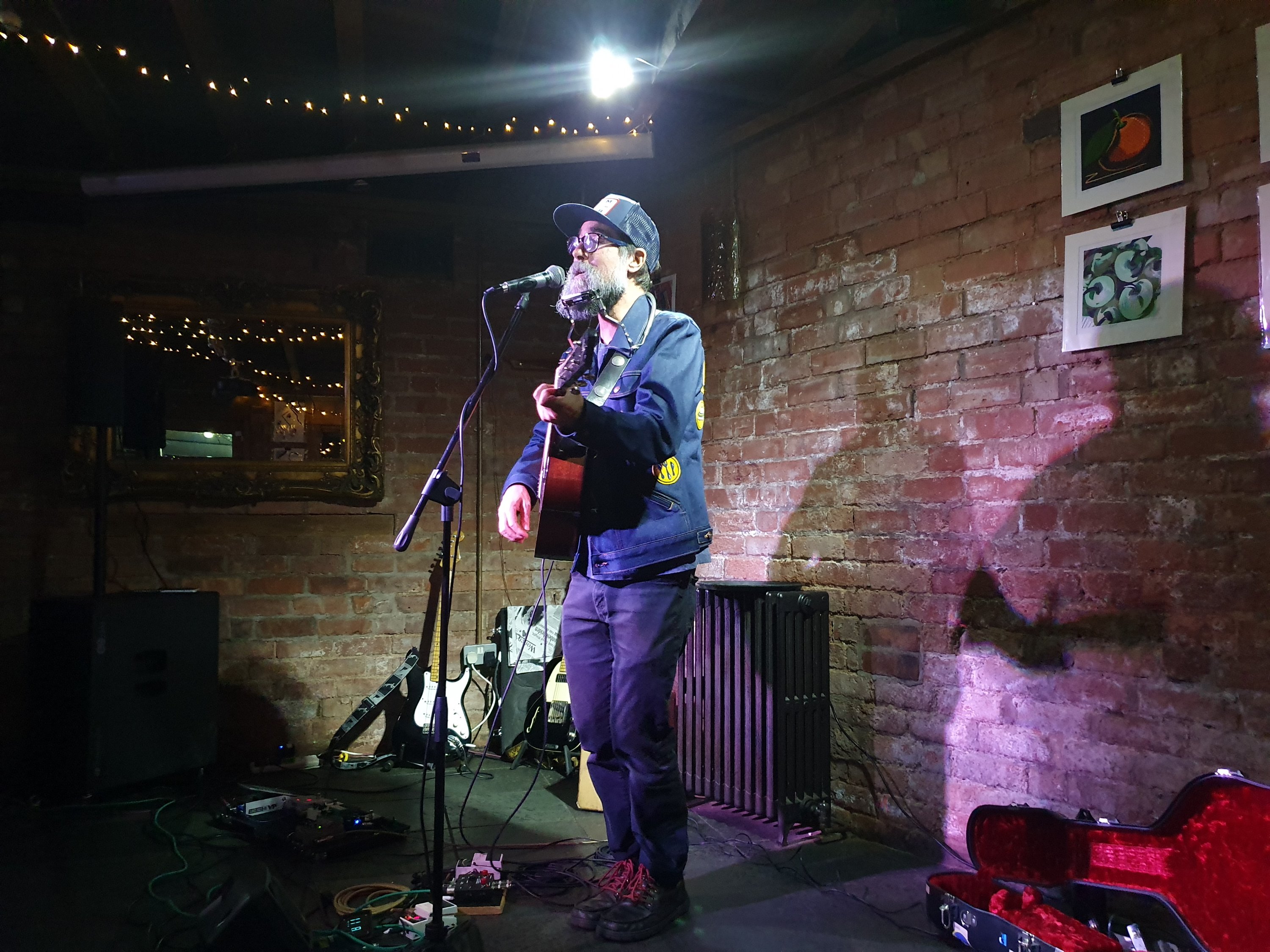 Given that Suzie Ungerleider is here to play her seminal, breakthrough “Johnstown” album here, it seems almost contrary to mention one in the encore first, but “My Boyfriend” is an apt place to start.

It is a track from her fabulous “A Girl In Teen City” record from 2017 and it tells a tale of the 15 year-old Susannah, knowing she could “sing rings around him” but happy to sit in the corner and dream while her then boyfriend tried out for a band.

That scared girl was the woman who wrote “Johnstown” 13 years later and that is all the encouragement you need to follow your dreams.

Because that album, played in full here, is as stunning now as when I first saw her play some of these songs at the turn of the millennium. With self-deprecation she jokes that they are all dark and obsessed with death, and the title track might be, but then “Old Kate” (which boasts a wonderful solo from BJ Maartens who is accompanying here) is a lament on lost friendships “The Bridge” a glorious metaphor for whatever you want it to be, and “Oh My Good Ol’ Girl” struggles with relationships.

What comes after that, though, is a highlight. “Waking” is delivered acapella as if a work song on a chain gang and is stunning.

After the album is done, comes the title track from the next one, a gorgeous “Sleepy Little Sailor” and a bluesy “River Blue”.

A new song is thrown in – perhaps to show this is not just nostalgia – and “Mount Royal” is imbued with Montreal air, while given the guitar work and the smiles, both enjoy “Right By Your Side”.

You can’t fake that joy, and fake wouldn’t suit Oh Susannah anyway. These stories appear more personal, whether literally or emotionally, than most, and this was one of the finest singer/songwriter shows you’ll ever see.