We had decided we wanted to work with Romesh way before finishing the album and we’d already recorded If Only You’d Stay over two days in August, so we’d already had that side locked in months in advance. The whole album was deliberately finished only up to the point of needing that last polish, so we had room to be fairly fluid in the studio. I actually finished the lyrics to the last song I was writing, and added the vocal break/verse in Sick Of It All the week before we went in to record the vocals.

We had to record this album in two different sessions as the session was booked for March but our drummer, Frank, had booked to go travelling before this band was even a thing, from January. Getting a replacement to drum the album was never an option for me, it just wasn’t gonna happen, so the drums were laid down over two days back in November. Frank really is an amazing drummer and after spending most of the first day trying different snares and sounds, he made it a quick job, the tracks were wrapped up for an early finish on the second day and they sound killer. 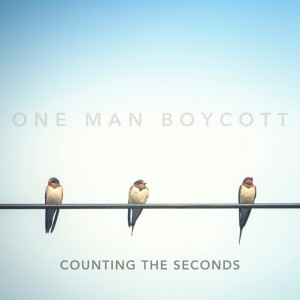 This probably was the hardest part for us, hearing how good the drums (and If Only You’d Stay) were sounding but having to wait a full three months before getting to finish the record. After that long wait we got into the studio for a six day stint in March. The first day was bass and a bit of a joint effort: Jay (Ex Bassist) put down six of the nine bass tracks and with Romesh, Lewis and myself being competent bass players too, it was nice to all get in on the remaining three bass tracks. Nice easy bass day.

The studio is in lovely Cardiff but we actually stayed with friends in… Newport, what a beautiful place that is! We were sick as hell in the week of vocals/guitar so it was pretty ‘business’ in and outside of the recording sessions. Trying to get back to being healthy in time to nail the vocals was all that I thought of and did outside of the studio -and we were focused on getting the job done in the studio. I think there was a definite feeling that we were in there to keep our ends up for each other, to make this awesome debut we’ll always be proud of.

After getting the best tones we were going to use on the album, using a mix of Mesa, Marshall, Orange and Kemper, Lewis got to laying in the rhythm guitar parts over the first two days, while Romesh gave me the extra time to try and recover a bit for vocals over the last three days.

Those last three days were like a being a cog in a smoothly oiled efficient, music making machine! We had Lewis laying overdubs of one track in studio A while I was singing my heart out on another in studio B haha! When one finished, it was sent to the other studio and on to the next. We hardly saw each other those days, absolutely focused on getting it nailed; so draining, but so much fun. It sounds stupid but I’ll never forget that last day, last vocal finished and the room fell silent, Romesh turned around and we were like, “is that it… are we done?”- there were some hugs, excitement and relief right there. We went next door to brag that I’d beaten Lewis to finishing, like a musical game of soggy biscuit or something, even after a two day head start haha. About twenty minutes later Lewis finished up and the album was done!

Hearing the final masters we’re all stoked with just how good they sound, head & shoulders above anything we’ve done before. The sound coupled with the songs really showcase what this band can do. I’m so proud of what we all achieved on this debut and can’t wait for the process to start again!