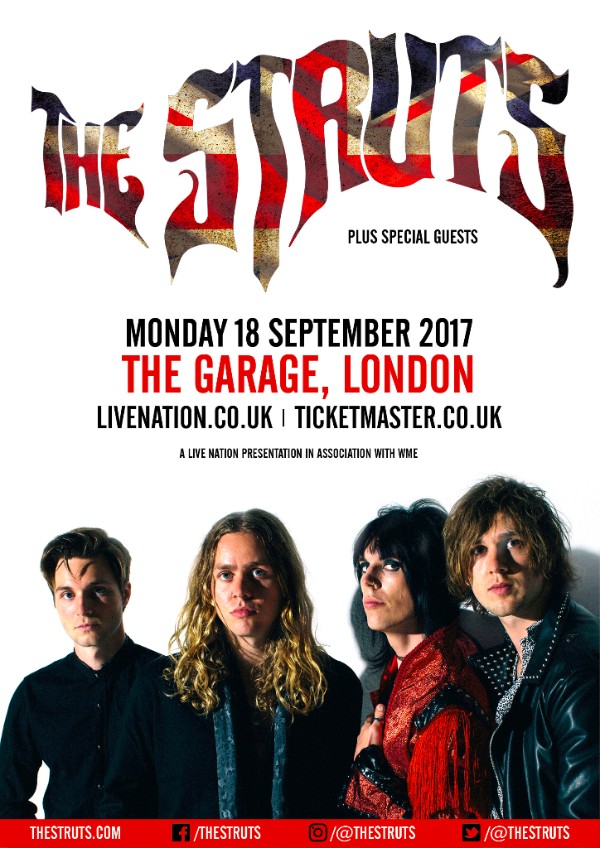 Acclaimed UK rock band The Struts today announce a very exclusive headline show at The Garage in London, in celebration of their brand new single ‘One Night Only’.

Taking place on Monday 18th September it’s going to be the hottest ticket in town as the flamboyant four-piece stride back across the Atlantic to play an intimate venue, ahead of their massive US tour with Foo Fighters in October.

Having just played to over 60,000 fans supporting The Who in Quebec to a rapturous reception, and today been included in Rolling Stone Magazine’s Playlist alongside some of the biggest names in music, The Struts meteoric rise continues a-pace. ‘One Night Only’ has set fire to American radio and looks set to be the breakout hit of the summer.

The newly-released lyric video captures the band in true rock’n’roll style, and is the perfect taster for their hugely anticipated second album, due next year. It’s the follow up to their critically acclaimed 2016 debut Everybody Wants.