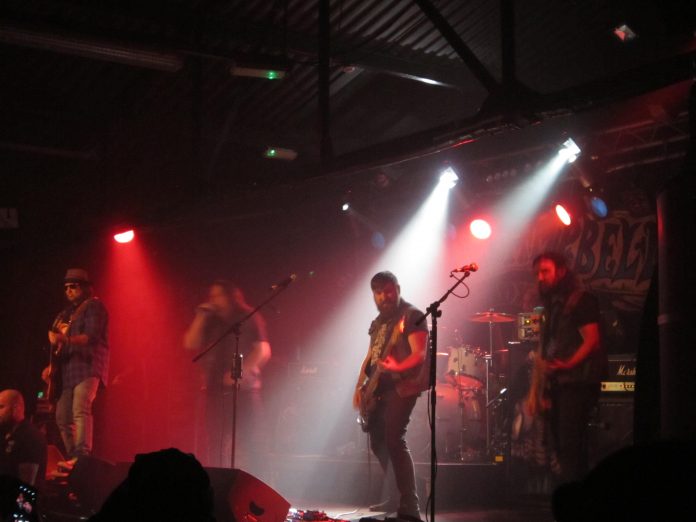 Leader Of Down finally got their album out a couple of months ago, after what must have seemed like an eternity. The last band of Würzel, LoD were formed in 2008 by the guitar legend and bassman Tim Atkinson, and at one point also boasted “Fast” Eddie Clarke. Atkinson still remains and looks like he and the new look band want to make up for lost time in an energetic set. Würzel link notwithstanding, Leader Of Down are nothing like Motörhead, really. Far more metal in their attack, “Laugh At The Devil” owes more to the likes of Saxon. “Serial Killjoy” is just one of many superb song titles the band possesses, almost as many as the special guests they pulled in on their “Cascade Into Chaos” record. One of them was Phil Campbell himself, who appeared on “Children Of Disease” (although doesn’t here) but there is very much a band feel about them now as singer Matt Baker is in place. Leader (who take their name from Würzel’s mishearing of Status Quo’s “Down Down”) suffer slightly from being a support band at a Motörhead related gig (they are of course, far from the first to experience the partisan nature of the audience) but Baker appears ready to take on all-comers and drag them kicking and screaming to the cause. The quality of songs such as “Feelgood”, “Paradise Turned Into Dust” and the closing “Master Of The Universe” will ensure that this might be – at long last – the start of something good. 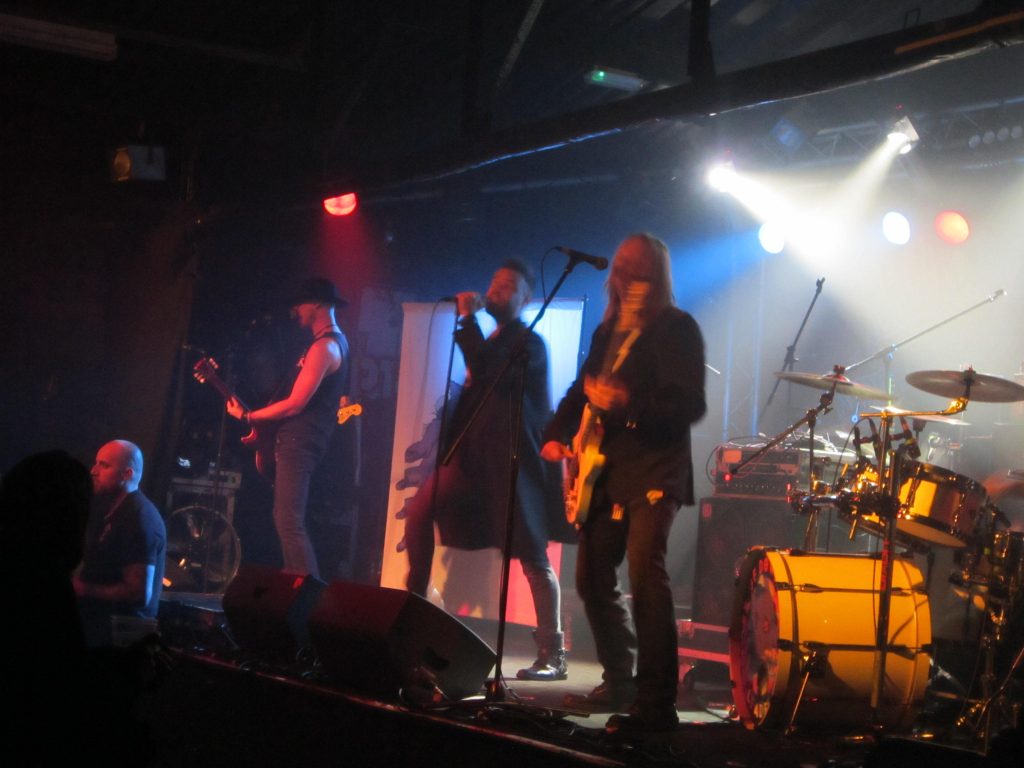 There is something fitting about watching Phil Campbell in November. Me and my brother – and doubtless thousands more – used to make a trip in November each year to see the band he was in that wanted you to know “we play rock n roll” with whichever mighty bill they’d put together for it.

So when Phil Campbell’s All Star Band became The Bastard Sons and released their brilliant debut album “The Age Of Absurdity” earlier this year, it was natural they should come out and continue, in a way, that tradition.

PCATBS own tunes don’t sound much like Motörhead either. Denim clad hard rock, sort of like The Almighty used to do, is the order of the day. At least it is after they arrive on stage with Nick Cave’s “Red Right Hand” ringing around. We are in Peaky Blinders country after all.

They’d showed earlier in the year on their tour with Ugly Kid Joe that they were a formidable live band, and even as headliners here, that class shines. Most of “….Absurdity” is aired during in the course of the 80 minutes, including all its highlights. “Big Mouth”, “Freak Show”, “Get On Your Knees” and “Ring Leader” are all as good as hard rock got in 2018, and proved why here.

It is a fact, too that they were almost obligated to play a load of Motörhead – rightly so seeing as Campbell was in the band for over 30 years –  and they do. Now, “Born To Raise Hell” might well be one of the finest songs ever written, but credit to Neil Starr, the band’s singer and only none Campbell on show, for doing it his way and no one else’s. 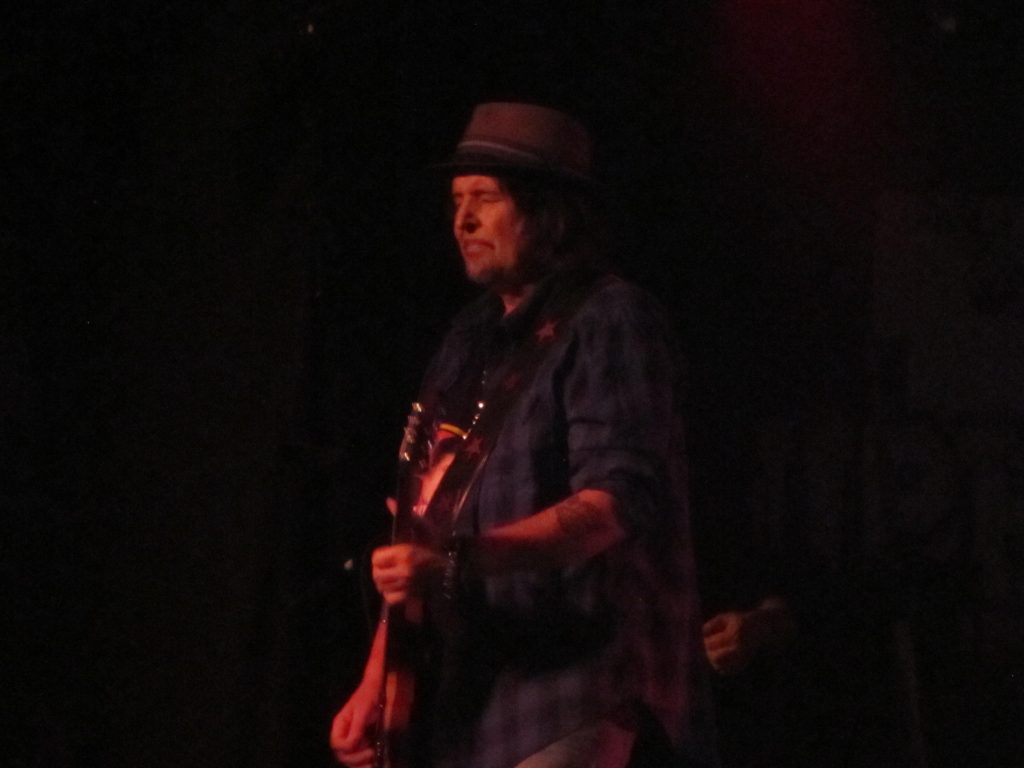 Credit too to Campbell Snr. It would have been easy for him to hog the limelight, but he never did in his other band and he never does here either. He is just an effortlessly cool lead guitarist in a mighty fine rock n roll band.

“Silver Machine” (dedicated to all the deceased Head members) and the unmistakable riff to “Ace Of Spades” are fun, and once “High Rule” has ended the set, it is an encore of Motörhead, horns up and away we go.

Todd Campbell compliments his dad brilliantly on “Bomber” before the magnificent “Going To Brazil” (and its funny how this one stood out more than some of the others).

Things end with a simple plea almost. “Rock N Roll” is as good a message as any to end on too. But as it does I reflect on something entirely personal, which may or may not make for a good end to this review. However, it is 27 years this very evening since I went to see Skid Row at the NEC as a 16-year-old with my best mate. What happened that night is something I can never forget and this website is probably a result of it. Thanks to bands like Phil Campbell And The Bastard Sons, that simple honest, rock music will never die, either. This is your proof. It’s what November’s are made for.