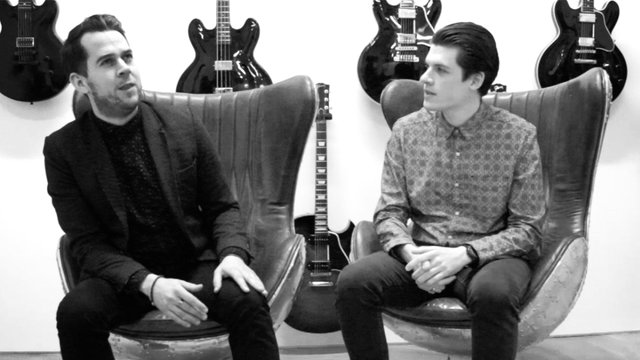 Bristol’s classic rockers with a modern roll, Tax The Heat, are set to release of their full length Nuclear Blast Entertainment debut, Fed To The Lions on April 8th. In the anticipation to this release, we sat down with frontman Alex Veale and drummer Jack Taylor to discuss working with producer Evansson (ROBERT PLANT, SIOUXSIE SIOUX). The band share their history and experience with Evansson with great enthusiasm, describing his ability to “bring the most out of the songs and the musicians” to the band even feeling like he was an “extra member“. To find out the full story, watch the trailer.

Fed To the Lions perfectly illustrates why there is so much excitement at the release of this album. Previous singles ‘Some Sympathy’, ‘Highway Home’ and ‘Fed To The Lions’ sit alongside future classics such as‘Caroline’, ‘Animals’ and ‘Stood On the Platform To Leave’. The driving rhythms of Jack Taylor (Drums) andAntonio Angotti (Bass) are overlaid with the powerful riffs of JP Jacyshyn (Guitars) and the distinctive melodies of Alex Veale (Vocals, Guitars).