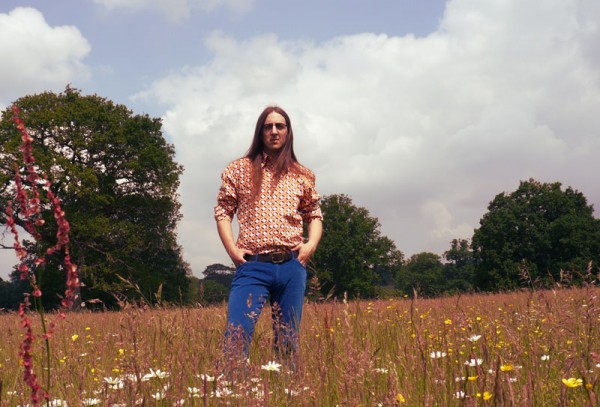 In the first of a brand new series MVM catches up with some diverse artists  and bothers them with some questions.

This week, to kick us of, its the turn of the turn of Crowned in Sound mainman Kevin Lawry. His band have just released “Metempsychosis,” a quite glorious, lush prog rock album, described on this website as “gorgeous.”

We caught up with Kevin to talk about about tops as diverse as all things prog, the difficulties about running a band based all over the world, why doom metal became “boring,” and whether the band will ever play live.

The album title: How significant is it? It feels that lyrically the album is dealing with a lot of themes surrounding life and changes?

Yes, you’re correct. The word metempsychosis is a greek word meaning the transition

of one soul to another. I thought this was a great title with the change of musical direction on the album. I also went through a lot of changes in my personal life which comes through in the lyrics. In my opinion, ‘Metempsychosis’ is an incredibly positive record.

The artwork. It has a real sort of 70s vibe, I assume this was deliberate?

I certainly wanted a cover which had a 70’s vibe and a design which complimented the title and lyrics. I spoke to Brian Tutlo (the artist who designed the cover) about this and he came back with some wonderful designs. I like the fact that I send him the songs and he conjures up these fascinating images whilst listening to Crowned In Earth.

Tell us a little of the recording process – I understand you have members rather spread out?

The recording process for a CIE record is a little long as I live in the UK and Darin, Pug and Brian are in the States! I basically write all the music myself. To be honest, CIE records are pretty much Kevin Lawry solo albums. I release the music with the CIE band name as I think it’s far more interesting than my actual name!

So, once I have written all the music I then begin recording in my home studio. I do this to click tracks and drum patterns using a drum machine. Once I have all my parts recorded, I send the tracks to Darin to learn and when he’s ready we book him into Brian Anthony’s studio to record the drums. We have recorded all the CIE albums in this way. Also, for this record I invited Pug to play bass so he was also learning his parts and then went into a studio to record after the drums were complete. It can take about 8 months from when I start recording my parts to getting the finished record from Brian! He is a genius though so it’s always worth the wait however much I get frustrated with the time frame in between!

You used to be in a doom metal band. The prog thing, was that something you always wanted to explore?

I have been around the doom metal scene since the early 2000’s and it was musical boredom which led to the change in sound. When I was recording ‘A Vortex of Earthly Chimes’ my favourite parts of making that particular record were all the prog parts where I was expanding the sound and generally just having fun being creative. I still have an albums worth of full on doom material but when I listened back to the demos they didn’t inspire me anymore. I started rewriting some of the songs and it all felt wrong. It was like I don’t feel ‘this’ anymore!

I actually didn’t play a guitar that much for quite some time after making ‘A Vortex…’ but felt I needed to connect with music again. I began trawling through old records which I was brought up listening to and for some of these records it was like hearing them for the first time again. I remembered the feeling of wonder I had when I use to hear my Dad playing ‘Tubular Bells’ when I was a kid and thought now it’s time to make that prog record!! I haven’t felt this musically inspired and creative in far too long. There is so much more music to come!!!

And is there something about doom metal that’s linked to prog? I’m thinking of bands like Anathema and Opeth here, who have travelled the same journey as you?

I’m honestly not sure about this. They are both very much ‘cult’ genres. I also love the music Anathema play now. I don’t think it’s quite a drastic a change as some others do. I think you can draw a line between the albums and you can hear where they were going. I still remember when ‘Alternative 4’ came out and it blew my mind!! But I can only speak for myself hear when I say my change came about through wanting to play something new and to feel inspired again. Maybe it was the same for them? You know, it’s boring keep rehashing the same album all the time both for the band and fans. It’s one of the reasons that I’ve been an Anathema fan for so long – they were never scared to follow their hearts and try something different. Opeth are another great example!

What next? Live shows perhaps? Tell us of your future plans.

Well, I am trying to find live members for Crowned In Earth so I can play some gigs. So far, there hasn’t been a great deal of interest. It’s extremely difficult trying to find a drummer! I will persevere for the time being but I do have a deadline in my mind where I shall let go of the idea and concentrate on the next record.

I have a lot of ideas for another record and I’m eager to explore them. It’s an area I struggle with playing live. This is because as much as I enjoy performing, my favourite part of music is the actual creation of it. I kind of relate to Mike Oldfield in some ways. I like being alone in my studio writing music. I’d like the next record to be ready for a 2016 release and hopefully come out through a bigger label!